President Ramnath Kovind and PM Narendra Modi greeted the nation as well as Indian Muslims living abroad, on the occasion of Id-ul-Zuha.


NewDelhi: President Ramnath Kovind on Saturday greeted the nation as well as Indian Muslims living abroad, on the occasion of Id-ul-Zuha.

"Greetings to all my fellow citizens, especially to my Muslim brothers and sisters in India and abroad, on Idu'l Zuha," he wrote on Twitter.

Prime Minister Narendra Modi also greeted the nation, and wished for harmony and brotherhood in the society.

Meanwhile, Muslims across the nation offered prayers in the early hours of the holy day.

Id-ul-Zuha or Eid al-Adha is one of the two Muslim holidays celebrated worldwide each year. 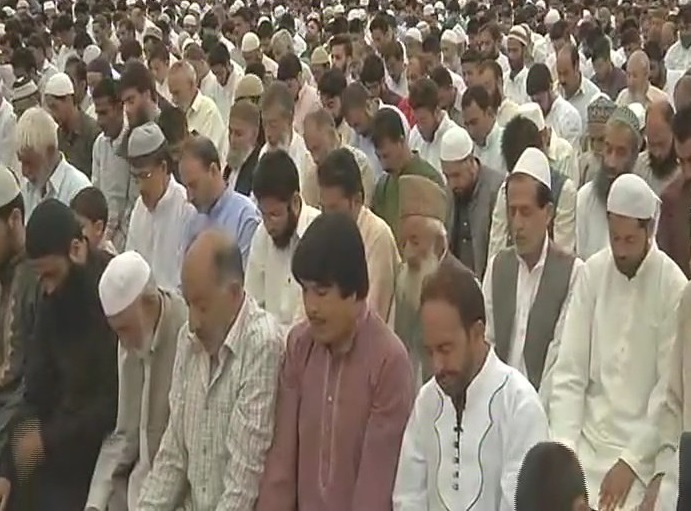 Id-ul-Zuha, also known as Bakrid is celebrated on the 10th day of Dhu al-Hijjah, and two days after the beginning of the Hajj pilgrimage in the last month of the Islamic calendar. Traditionally, the starting date of this festival depends on the sighting of the new crescent moon.

The festival marks the end of Hajj and involves animal sacrifice as a symbol of Ibrahim's sacrifice to Allah.(ANI)