Tributes to Sarojini Naidu — poet, political leader and pioneer of our women’s movement, on her birth anniversary #PresidentKovind

President Kovind took to Twitter and said, "Tributes to Sarojini Naidu - poet, political leader and pioneer of our women's movement, on her birth anniversary #PresidentKovind" (sic)

Sarojini Naidu is better known as the Nightingale of India or Bharatiya Kokila. Her poems were known to be imagery and gestures for ideal love.

Born on February 13, 1879, Sarojini had an inclination towards writing since the age of 12. Her collection of poems 'The Broken Wings' was published in 1905. She joined the Indian national movement during the Bengal Partition in 1905. Her works for the country's independence are notable.

She presided over the annual session of Indian National Congress in Kanpur in 1925 and attended the East African Indian Congress in South Africa in 1929. Naidu participated in the Round Table Conference with Mahatma Gandhi and Madan Mohan Malaviya in 1930. 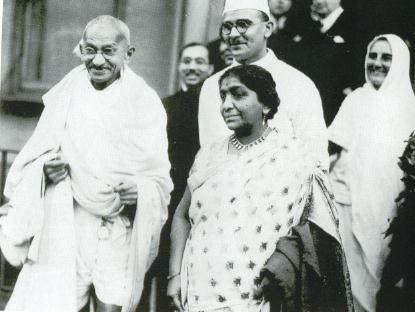 President Kovind, wife board special train for his native place in UP's Kanpur

President Kovind: Freedom of judiciary is cornerstone of democracy