President Ram Nath Kovind on Thursday offered prayers on the banks of River Ganga during the Kumbh Mela in Prayagra.

Prayagra: President Ram Nath Kovind on Thursday offered prayers on the banks of River Ganga during the Kumbh Mela in Prayagra.

During his one-day stay, President Kovind will unveil the statue of Maharishi Bhardwaj and take part in several other programmes. 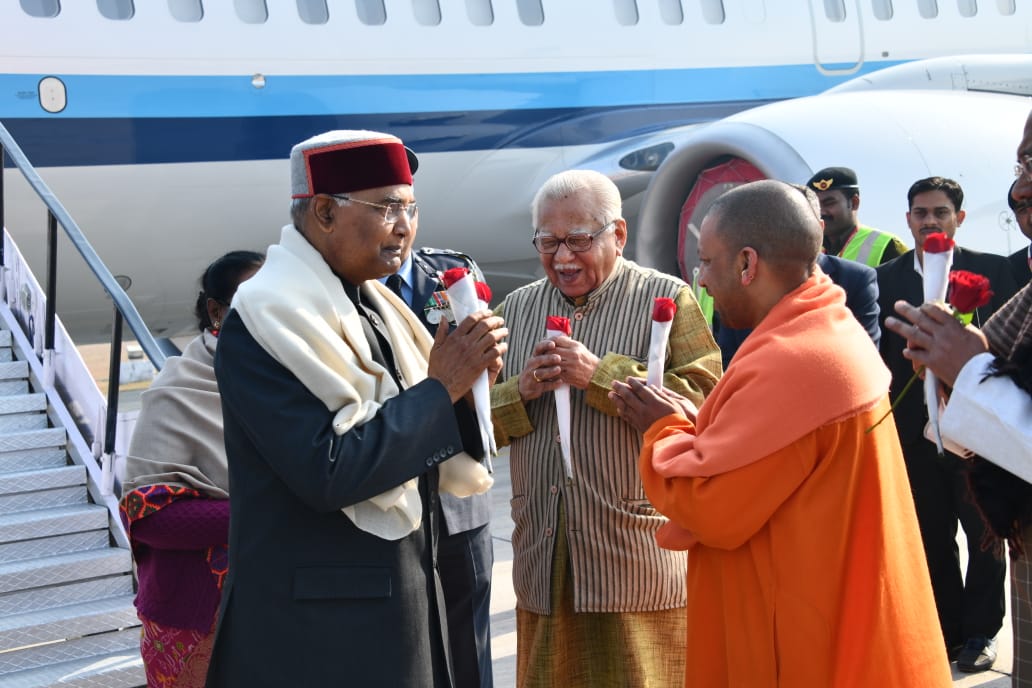 The President will participate in Vishwa Shanti Yagya at Parmarth Niketan in Arail and inaugurate the two-day Gandhian Resurgence Summit on the occasion of Father of the Nation Mahatma Gandhi's 150 birth anniversary. The summit is being organised by the Parmarath Niketan, the Harijan Sevak Sangh and the Global Interfaith WASH Alliance.

The 55-day long Kumbh Mela, which began on Tuesday, will end on March 4. It is the largest human congregation in the world, with over 130 million pilgrims expected to participate in the event with the belief that taking a dip in the holy water of Ganges River will pave the way for their salvation. (ANI)

President Kovind to give away National Safety Awards (Mines) on Thursday

There is no place of poverty in 'New India', says President Kovind