Located on Sadhu-Bet Island, Gujarat, the 182-metre tall statue occupies over 20,000 square meters, and is surrounded by a 12 square km artificial lake. The structure has the accolade of being the tallest statue in the world.

The birthday of India's Iron Man is being observed as Rashtriya Ekta Diwas or National Unity Day since the year 2014.

The day is be marked by people taking a pledge to protect the unity and integrity of the nation and is also marked by Run for Unity events being organised across the country. 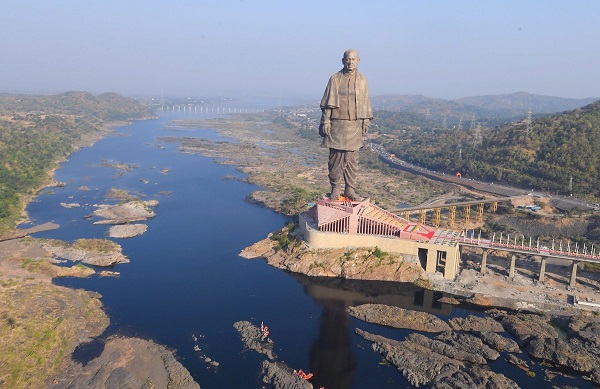 Gujarat Deputy Chief Minister Nitin Patel expressed hope that the landmark structure will boost tourism in the state.  The total project cost is estimated to be Rs. 2,989 crore.

PM Modi: In next flight b/w Delhi and Mumbai, do look for ‘Statue of Unity