Sonbhadra firing case: It looks like I am arrested, says Priyanka after being detained

Priyanka Gandhi Vadra who had arrived in Sonbhadra earlier today was detained by the police after she sat on a dharna against the state government for not allowing her to meet the kin of those killed in firing over a land dispute on July 17.


Sonbhadra:  Priyanka Gandhi Vadra who had arrived in Sonbhadra earlier today was detained by the police after she sat on a dharna against the state government for not allowing her to meet the kin of those killed in firing over a land dispute on July 17.

Priyanka Gandhi Vadra in Narayanpur on if she has been arrested: Yes, we still won't be cowed down. We were only going peacefully to meet victim families(of Sonbhadra firing case). I don't know where are they taking me, we are ready to go anywhere.' pic.twitter.com/q1bwkucl0g

Police detained her citing violating of Section 144, which was imposed in the area. The section prohibits assembly of more than 4 people in an area.

"Yes, we still won't be cowed down. We were only going peacefully to meet victim families. I don't know where are they taking me, we are ready to go anywhere," she told ANI on being asked if she was arrested.

Priyanka was detained from Varansai and was not allowed to move ahead to Mirzapur. 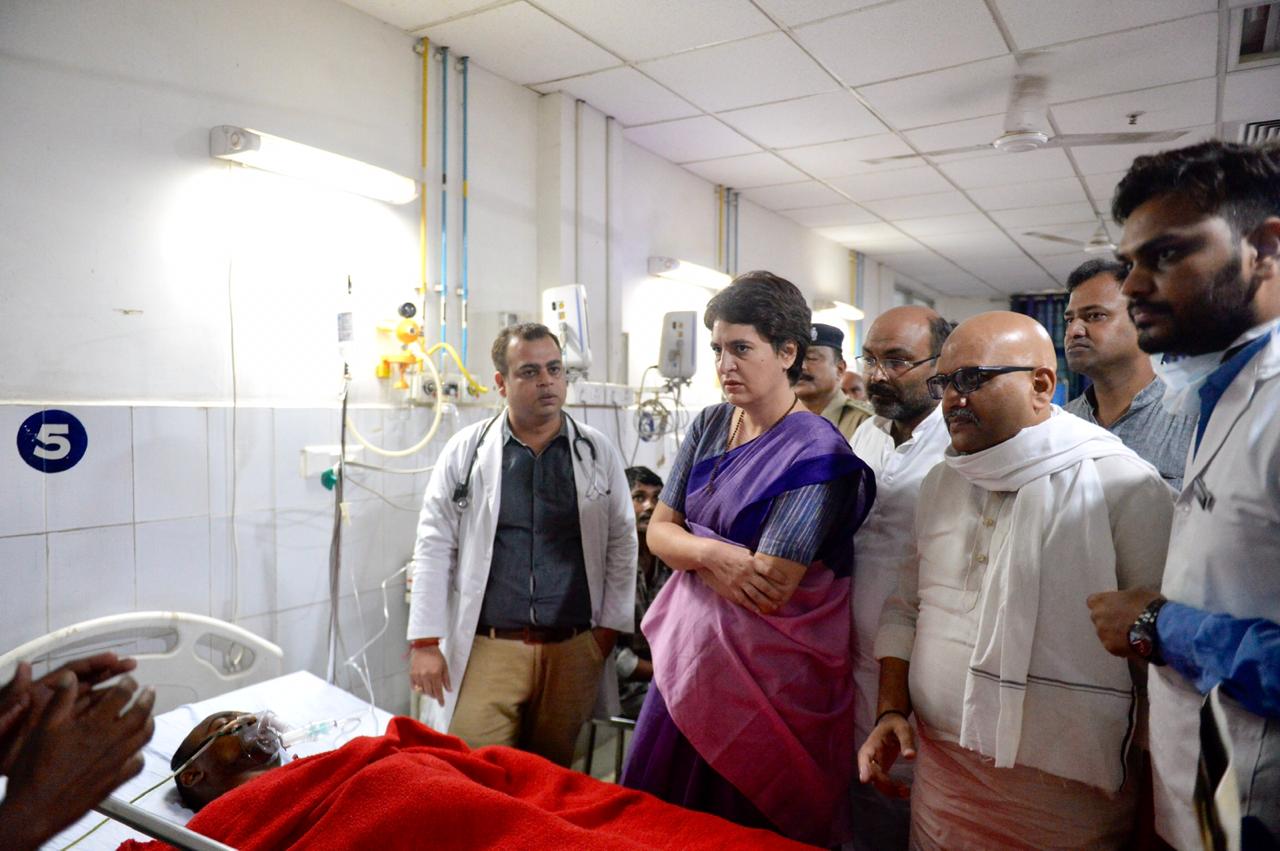 "Just want to go and meet families of victims (Sonbhadra firing case), I even assured that will take only four people with me. Yet administration is not letting us go there. They should tell us why we are being stopped. We will continue to sit here peacefully," Priyanka said while speaking to media persons here.

"Officers told me that they have received an order from higher authorities, I want them to show me such notice," she added. She was escorted amidst heavy police security. According to police, nine people were killed in the firing. 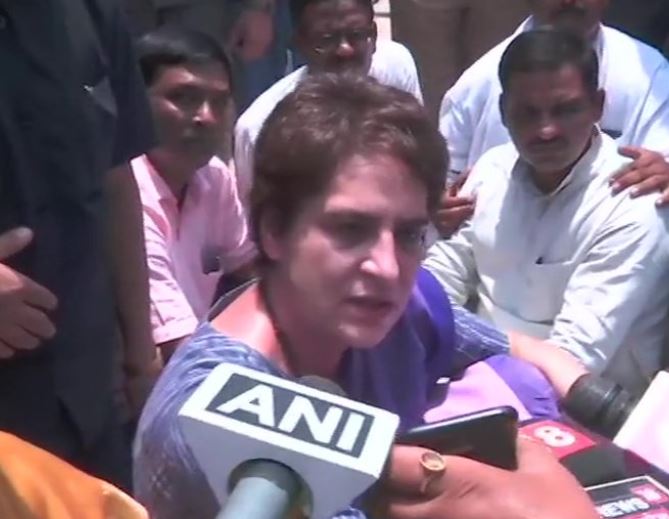 On the day of the incident, Priyanka had criticised the state government over the law and order situation.

Taking to Twitter, she had said, "In the BJP ruled state, the confidence of criminals is so high that broad day-light killings are continuously happening. The killing of 9 Gond tribesmen, including 3 women, by the land mafia in Umbha village of Sonbhadra is heart-wrenching. Administration and Chief Minister are all sleeping. Is this how the state will be crime-free?"

The incident took place in Ubbha village of Ghorawal where the village head went to take possession of his land purchased two years ago. However, he met with opposition from the villagers which triggered the firing allegedly by his aides leading to the deaths.

UP CM Yogi Adityanath on Sonbhadra land dispute incident in which 10 people were killed: 29 criminals arrested till now, a single barrel gun, 3 double barrel guns & a rifle seized. Whoever is found responsible for this incident, strictest action will be taken against them. pic.twitter.com/Uoz0MAS6u8

"Chief Minister Yogi Adityanath took cognisance of the incident and expressed his condolences to the families of the deceased. He directed the district magistrate of Sonbhadra to provide immediate medical attention to the injured," a statement from the Chief Minister's Office had stated.
Besides asking the Director General of Police (DGP) to personally monitor the case, Adityanath had told the officer to ensure effective action to catch the culprits.

Five people were arrested on July 18 in connection with the case. (ANI)

Priyanka: Sonbhadra victims kin came to meet me but prevented by police