Congress General Secretary Priyanka Gandhi Vadra on Thursday released the party's first list of 125 candidates for Uttar Pradesh Assembly polls that are due to start on February 10.

Lucknow (Uttar Pradesh): Congress General Secretary Priyanka Gandhi Vadra on Thursday released the party's first list of 125 candidates for Uttar Pradesh Assembly polls that are due to start on February 10. 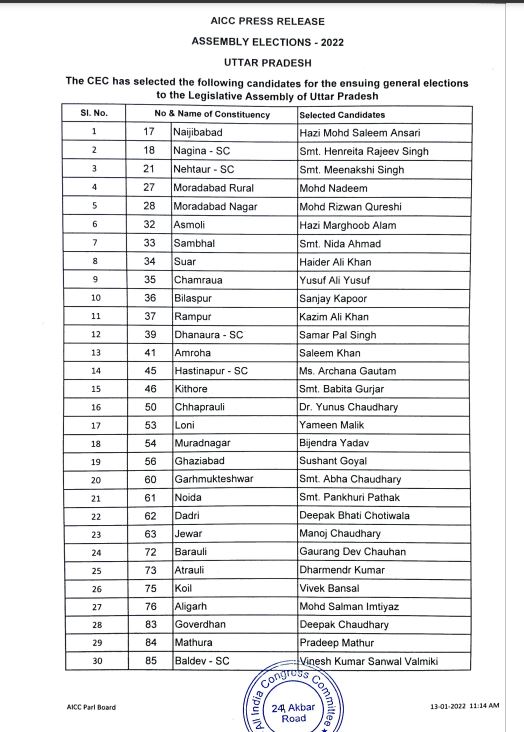 "Today the Congress party has released a list of 125 candidates who will be contesting for the upcoming Assembly election. Of these, 50 are women. We have tried to include those who fight for the rights of the common man and With this historic initiative, we hope to bring in a new kind of politics in the country," the Congress leader said. 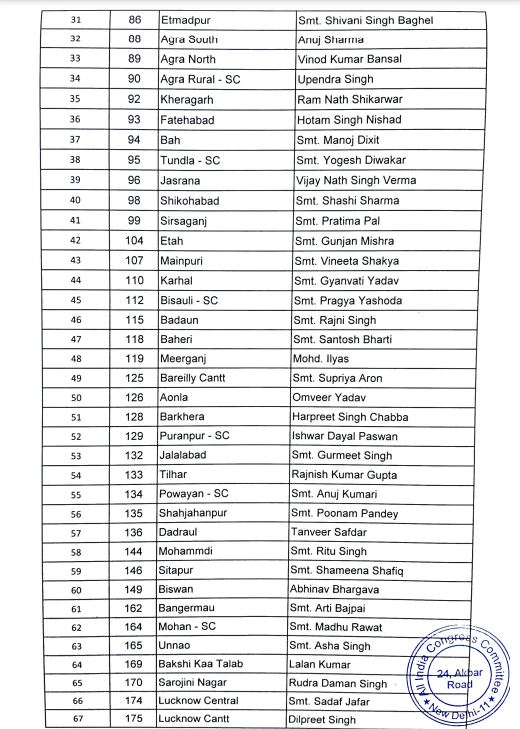 "In the list of 125 candidates, 40 per cent are women and 40 per cent are youth. With this, we aim to give rise to new hope and a new political scenario here. Of the women finalised in the list, a few are journalists, one is an actress, some fight for their rights, some are social workers among others," she said.
Just after announcing the names of the women candidates, the Congress leader expressed happiness for providing tickets to those candidates who have worked for the rights of farmers, common man. 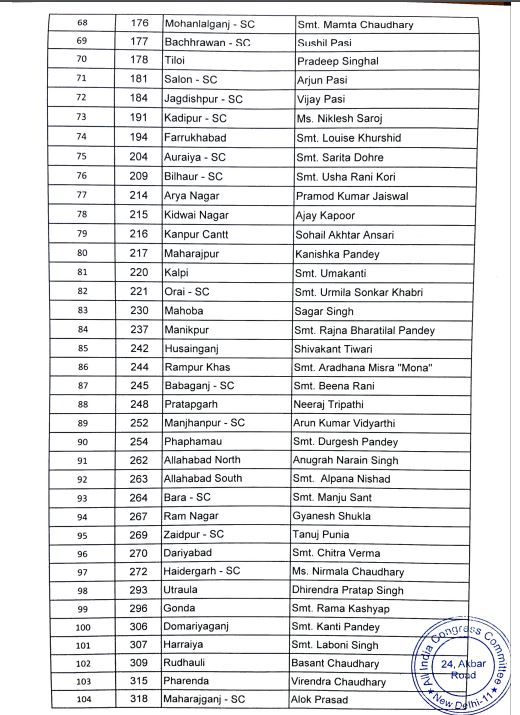 "In the first list of 125 candidates for UP polls, 50 candidates are women, including Asha Singh, mother of the Unnao rape victim. From Shahjahanpur, we have fielded Asha worker, Poonam Pandey who led agitation for a raise in honorarium," Congress leader Priyanka Gandhi Vadra said. Notably, Senior Congress leader Salman Khurshid's wife Louise Khurshid has also been given the ticket, informed the Congress leader.

Elections for the 403 assembly constituencies in Uttar Pradesh will be held in seven phases starting February 10, the Election Commission said. The polling in Uttar Pradesh will be held on February 10, 14, 20, 23, 27 and March 3 and 7 in seven phases. The counting of votes will take place on March 10.
Notably, Congress has been out of power in the state for more than 30 years. 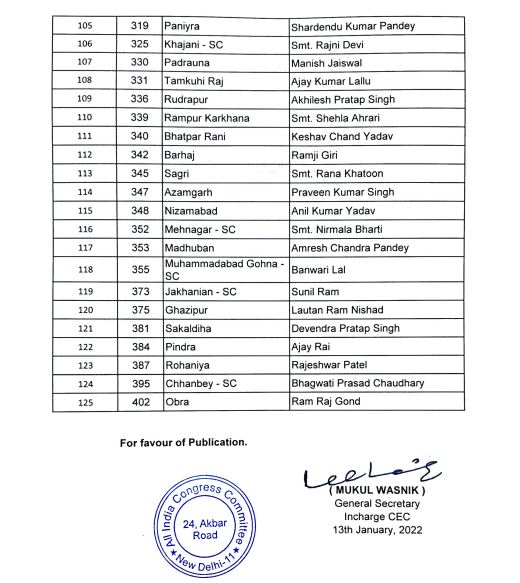 Priyanka asks UP workers to improve connect with people, reach out to them socially