Priyanka-Nick made it official with Roka

Priyanka Chopra and Nick Jonas have sealed the deal with roka.


Mumbai: Bollywood's Priyanka Chopra and Hollywood's Nick Jonas have sealed the deal with roka. The couple donned traditional attires for the ceremony.

While the 36-year-old actress looked graceful in a yellow salwar-kameez, her beau turned complete desi in a white kurta-pajama. 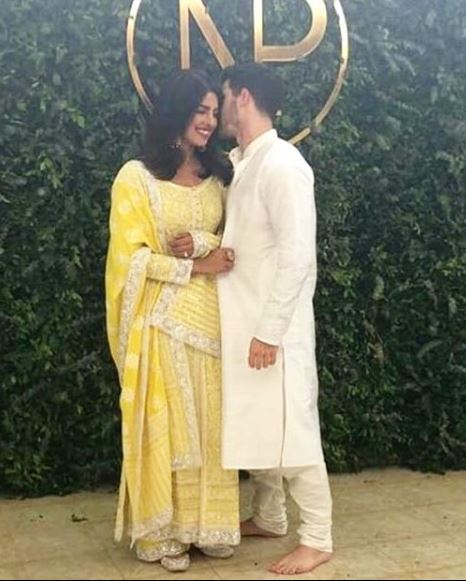 A picture of the couple, performing the rituals, is doing the rounds on social media and people are going gaga over it.

Reportedly, the couple is all set to host an engagement Party for their friends and family today at Mumbai's Suburban Hotel. 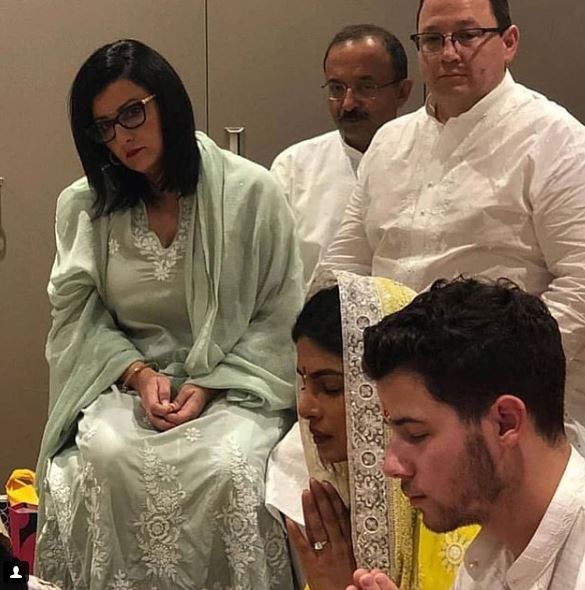 The ceremony was also attended by the 'Quantico' star's cousin Parineeti Chopra.

Priyanka and Nick reportedly got engaged during the former's birthday celebrations in London on July 18 this year. (ANI)

Is it true! Priyanka-Nick to get hitched in early December?