Congress Vice-President Rahul Gandhi on Sunday accused the BJP of favouring only a "few people" and formulating anti-poor policies.

Patna: Congress Vice-President Rahul Gandhi on Sunday accused the Bharatiya Janata Party (BJP) of favouring only a "few people" and formulating anti-poor policies. In a letter sent by to the anti-BJP rally held in Patna today, Gandhi accused the BJP of not giving equal opportunities to the poor and downtrodden.

"The future of the women and youth are at stake. They (BJP) are even covering up for all the corrupt practices they are in to," Gandhi said in the letter. 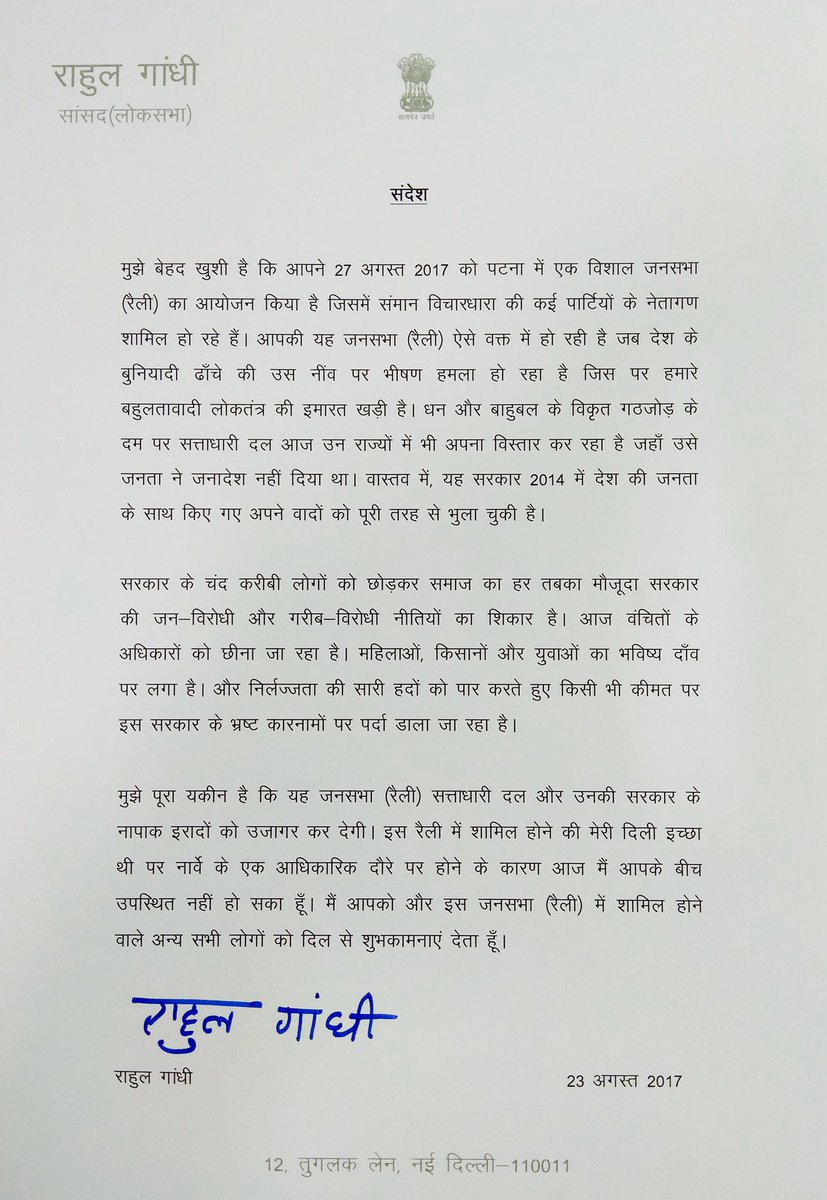 He said that the saffron party is constantly attacking the foundations of the democracy in the country. He also accused the ruling dispensation at the Centre of not living up to its promises it made in the 2014 elections. Gandhi concluded the letter by stating that he is hopeful that all parties gathered in the rally will be able to neutralise the efforts of anti-people policies of the BJP. The Congress vice-president wasn't able to attend the rally because he is on an official tour of Norway at the moment.

RJD protest in Patna in support of agitating farmers

Bihar sees 46.78 per cent voter turnout recorded till 5 pm in the second phase