The police did try to stop the Congress vice-president but the latter adamantly reached the clash-affected area to take stock of the situation.

However, the police did try to stop the Congress vice-president but the latter adamantly reached the clash-affected area to take stock of the situation.

Rahul, accompanied by senior Congress leader Gulam Nabi Azad and Raj Babbar, also discussed the deteriorating situation prevailing in the state with the locals there. 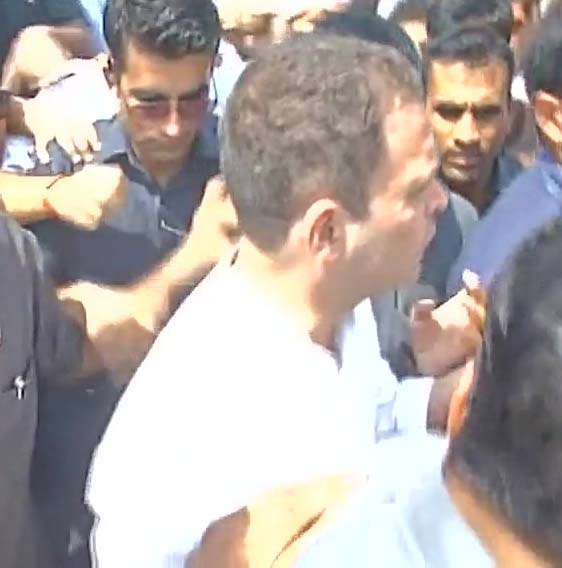 After meeting the locals, Rahul could be seen engaged in an altercation with the police force where he questioned them as to on what grounds he was not allowed to enter Saharanpur.

The Congress vice president was yesterday denied permission to visit the clash-affected district where a caste conflict had erupted in which many Dalits were allegedly targeted.

The confirmation of this development has been given by Additional Director General of Police Law and Order Aditya Mishra.

"We have requested all political parties not to visit the state until the situation is brought back to normal in Saharanpur." Mishra told. 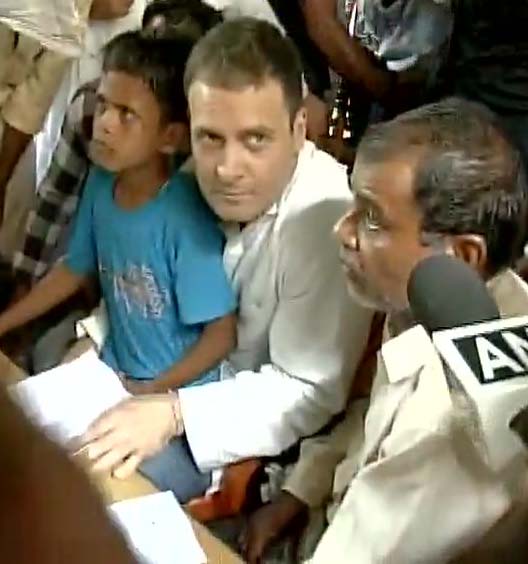 Clashes broke out earlier after Bahujan Samajwadi Party (BSP) supremo Mayawati's visit to Saharanpur, where one person was killed and several others were injured.

The State Government also announced to give compensation of Rs. 15 lakh to relatives of the person, who was killed during this incident.

In the wake of clashes between two communities in Saharanpur, the Yogi Adityanath Government transferred 174 Sub-Divisional Magistrates.

On May 5, one person was killed and 16 people, including a head constable, were injured in clashes between the Dalits and the Rajputs in Shabbirpur and Simlana villages. (ANI)

GN Azad: UP CM should apologize to the state, Health minister must resign