Polling has begun to decide the fate of over 2,000 candidates across 199 Assembly constituencies in Rajasthan. It is scheduled to end at 5pm today.

Jaipur: Polling has begun to decide the fate of over 2,000 candidates across 199 Assembly constituencies in Rajasthan. It is scheduled to end at 5pm today.

Elections will take place at 51,667 polling stations where 4,74,79,402 people will cast their vote. Out of the 200 constituencies in the state, polling is being held in 199. Voting in Alwar constituency was countermanded following the death of a Bahujan Samaj Party (BSP) candidate.

The fight is to win a target of at least 101 seats to achieve majority mark in the intense polling between the Bharatiya Janata Party (BJP) and Congress.

Rajasthan: Mock polling being conducted at booth no. 106 in Jodhpur's Sardarpura constituency. Voting will begin at 8 am in the state. #RajasthanElections2018 pic.twitter.com/WSRE6AYa6s

In 2013 assembly elections, BJP won the mandate with 163 seats, while Congress was reduced to 21 seats. This year, Vasundhara Raje, the state's incumbent chief minister, is facing a tough fight from the Congress, which has not left any stone unturned to muster support while attacking the state government over its various initiatives.

On the one hand, Congress has kept its card close to the heart as far as a chief ministerial candidate is concerned. However, it is being speculated that Rajasthan Congress president Sachin Pilot and former Rajasthan chief minister Ashok Gehlot are reportedly considered the main contenders.

On the other hand, BJP is pinning its hopes on Raje, who has been hailed time and again for her work in the state by Prime Minister Narendra Modi and BJP president Amit Shah. 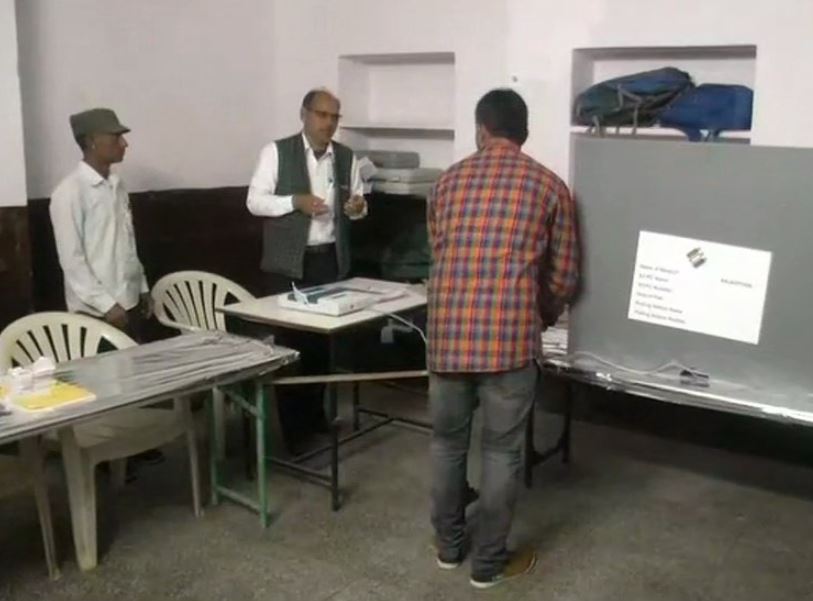 Elaborating on the arrangements made for the elections, Director General of Police OP Gehlotra said on Thursday that preparations for the polls were initiated in June itself.

7,791 polling booths in the state have been identified as "sensitive", owing to which paramilitary forces have been deployed. In total, 1,44,941 constables and head-constables will be on duty under the supervision of around 1,500 senior officials, Gehlotra said.

The counting of votes will be held on December 11. (ANI)