At Stumps, Australia, in their second innings were 23-2, and are still 129 runs away from making India bat a second time and with only eight second wickets at their disposal to achieve that.

Ranchi: All-rounder Ravindra Jadeja struck twice on Day Four to put India under control of the ongoing third Test of the Border-Gavaskar Trophy here at the Jharkhand State Cricket Association (JSCA) International Stadium here on Sunday.
At Stumps, Australia, in their second innings were 23-2, and are still 129 runs away from making India bat a second time and with only eight second wickets at their disposal to achieve that.

Explosive opening batsman David Warner, who has been struggling for most of the series, was expected by the visitors to see them through to stumps.
However, Jadeja had some other plans as he bowled Warner first and then in the last over of the day, struck once again to take the wicket of night-watchman Nathon Lyon to put the hosts in the driver's seat. 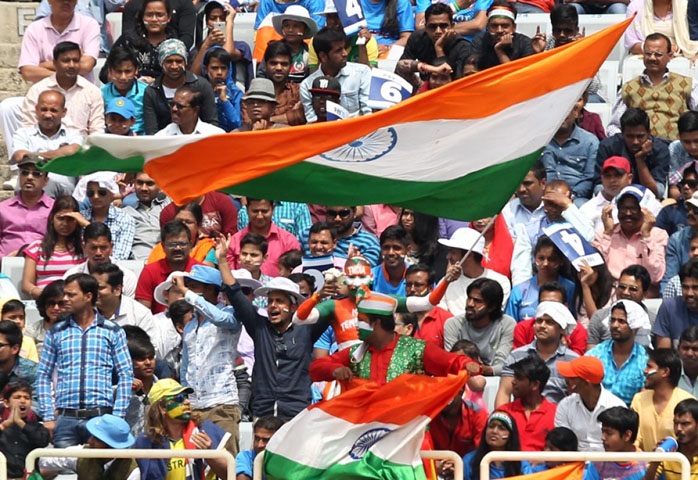 Earlier, it was some extraordinary batting from India's marathon man Cheteshwar Pujara and wicketkeeper-batsman Wriddhiman Saha to help India not only go behind the Australian total but also to take a substantial first innings-lead.
Pujara (202) scored his third double century and shared a crucial 199-run seventh-wicket stand with Saha, who also dominated the Australian bowlers and played a blistering knock of 117.
The duo ensured that India declare at 603/9 and take a healthy first inning-lead of 152. Although, the final thrust was provided by Jadeja, who first scored an unbeaten 54 off 55 balls and frustrated the visitors, who in the entire day, kept longing for wickets.
With the game entering the last day and wicket starting to behave ugly, it would be mighty difficult for Steve Smith and Co. to avoid the defeat, especially with the likes of Ravichandran Ashwin and Jadeja bowling in tandem.(ANI)

Ind vs Aus, 3rd Test: Jadeja taken for scan after blow on thumb