At least 12 people have died after a boat packed with Rohingya Muslims fleeing violence in Myanmar capsized near Bangladesh.

Cox's Bazar: At least 12 people have died after a boat packed with Rohingya Muslims fleeing violence in Myanmar capsized near Bangladesh, officials say.

Several people are missing after the incident in the Naf river late on Sunday. It is thought up to 100 people - including children were on board. A rescue operation is now under way. Dozens of Rohingya have already died trying to cross into neighbouring Bangladesh amid a military crackdown in Myanmar's Rakhine state.

The exact number of people onboard the boat which capsized on Sunday remains unclear, with Bangladesh border guard officials giving estimates varying from 40 to up to 100.

Officials say the bodies of 10 children, a woman and a man have been recovered so far. 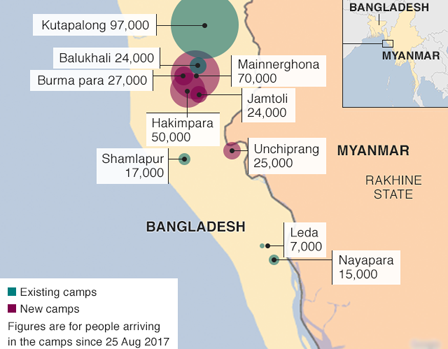 It was the latest in a series of deadly incidents involving boats carrying Rohingya migrants to Bangladesh. About 60 people were believed to have died in a similar incident in late September.

While many have fled via the land border, others have attempted to make the crossing by sea in small and rickety fishing boats.

"So many people are still willing to get onboard boats that are overcrowded, potentially people unable to swim. They're literally putting their lives at risk to make it across to Bangladesh," said Evan Schuurman, a spokesman with aid agency Save the Children.

Speaking from Bangladesh, Mr Schuurman also said that the migrant crisis was "a children's emergency". 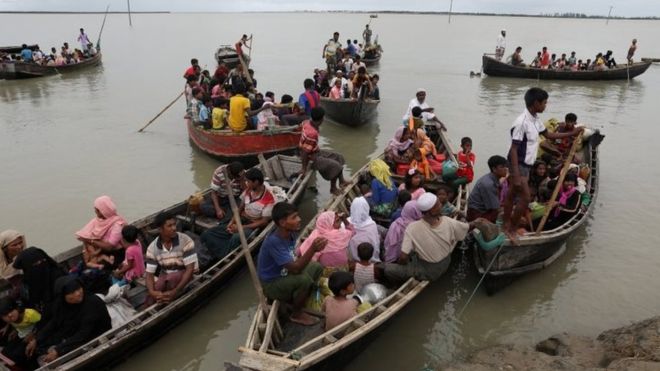 "One of the things that is very evident from just walking through the [Rohingya] camps is that children are just struggling emotionally, they're traumatised and distressed."

More than half a million Rohingya - a mostly Muslim minority who are widely disliked in Myanmar and denied citizenship - have fled to Bangladesh since then. 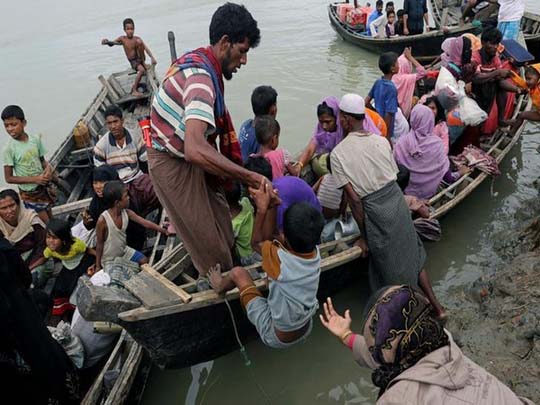 Those who have fled accuse Myanmar's military, backed by Buddhist mobs, of using a brutal campaign of killings and village burnings to try to drive them out. (BBC)