While fans are eagerly waiting to see Salman Khan as Chulbul Pandey in ‘Dabangg 3’, the actor has been making sure to keep the audiences on their toes by sharing stills and behind-the-scene pictures from the film’s sets.

New Delhi: While fans are eagerly waiting to see Salman Khan as Chulbul Pandey in ‘Dabangg 3’, the actor has been making sure to keep the audiences on their toes by sharing stills and behind-the-scene pictures from the film’s sets.

Salman recently wrapped up the Maheshwar schedule of the film and treated his fans with a new still.

He took to his Twitter handle to announce the schedule wrap along with a picture of him dressed as the film’s protagonist Chulbul Pandey.

In the still, Salman can be seen flaunting the signature Chulbul moustache.

While in Maheshwar, Salman also filmed Dabangg’s popular track ‘Hud Hud Dabangg’ and announced the same on Twitter. The actor kicked off the shoot for the film almost two weeks back when he jetted off to Maheshwar, Madhya Pradesh to shoot with Arbaaz Khan and Prabhu Deva.

Namaste, Salaam Alaikum, Hello and a big thank you to all my fans & the police of #madhyapradesh #maheshwar #dabangg3 @PDdancing @arbaazSkhan @Nikhil_Dwivedi pic.twitter.com/ubN1X33jI8

‘Dabangg 3’ is being helmed by Prabhu Deva. The film marks the second collaboration of Salman and the director. The two have previously worked together in ‘Wanted’. 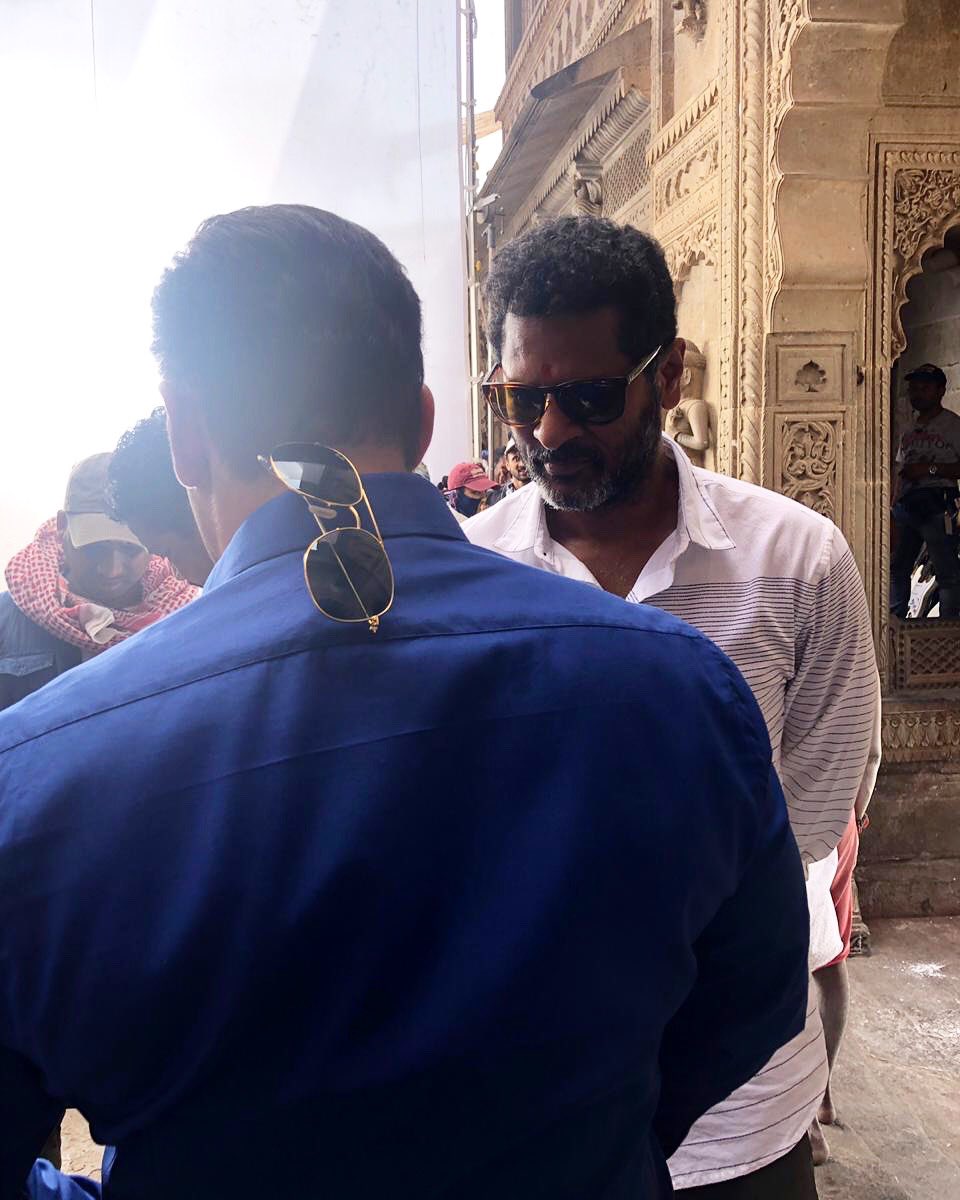 The upcoming film also stars Sonakshi Sinha reprising her role of Rajjo in the film. Sonakshi made her acting debut alongside Salman in ‘Dabangg’, which released in 2010. As per media reports, the upcoming film also stars Arbaaz as Makkhi. This is the third film in the 'Dabangg' series. The movie is being produced under the banner of Salman Khan Films and Arbaaz Khan Production. It is expected to release around Christmas this year and may clash with Alia Bhatt - Ranbir Kapoor starrer 'Brahmastra'.

Meanwhile, Salman’s next film ‘Bharat’ is all set to hit the screens during Eid. The film stars Katrina Kaif, Jackie Shroff Disha Patani, Sunil Grover and Tabu in pivotal roles. Sonakshi will be next seen in ‘Kalank’, which is slated to release on April 17. (ANI)