Bollywood actor Sonali Bendre, who spent months in New York battling cancer, recently returned to the sets, a feeling she described as “surreal."

The 44-year-old actor took to Instagram to post a photo and video sharing that she has returned to work “after a major sabbatical.”

“Being back on a set after a major sabbatical – one that has been testing in many ways on so many levels – is a surreal feeling. After all this, I sort of feel an additional sense of purpose and meaning and I'm so grateful to be back in action,” she wrote. 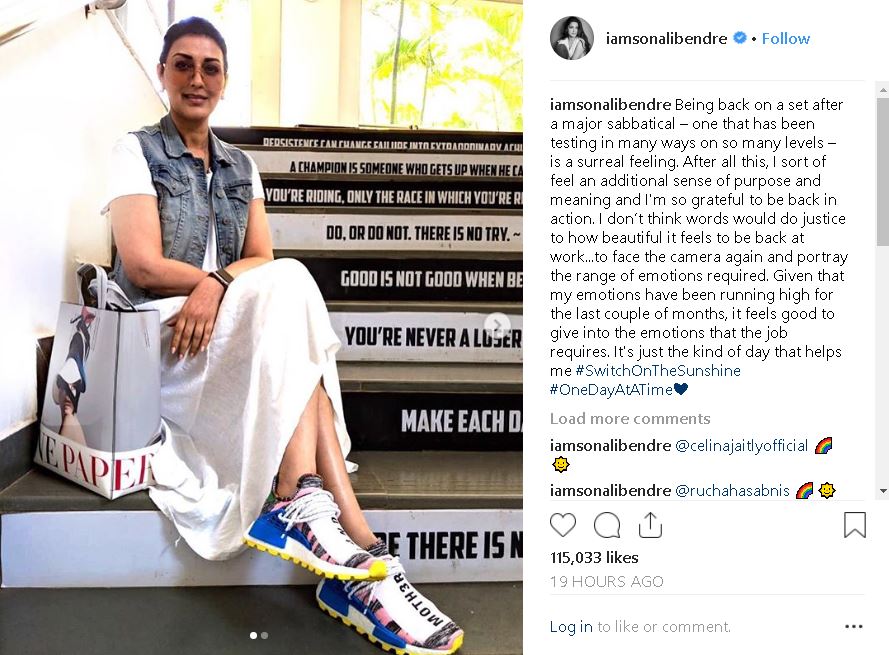 “I don’t think words would do justice to how beautiful it feels to be back at work...to face the camera again and portray the range of emotions required. Given that my emotions have been running high for the last couple of months, it feels good to give into the emotions that the job requires. It's just the kind of day that helps me&nbsp;#SwitchOnTheSunshine#OneDayAtATime,” she added.

The photo shows Sonali sitting on a staircase with motivational quotes printed on it. She has donned a casual white dress, sleeveless denim jacket coupled with a pair of sunglasses and sneakers. The video shows her getting out of a car and returning to face the cameras. Before stepping inside, she turns around and smiles for the camera.

By sharing this post, she has set the brightest example for everyone going through the life-threatening disease.

Sonali has also been investing some time in her book club by ensuring that she doesn’t stop recommending books and inspiring people to read and remain positive. 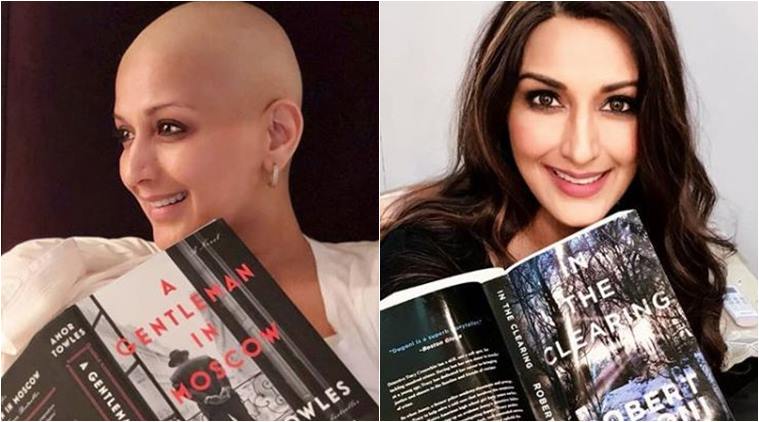 The actor has been undergoing treatment for a ‘high-grade cancer’. She returned to India after several months of treatment in New York City in December. Sonali has been very open about her cancer battle and during her time in NYC, she had kept her fans updated about her health with regular posts.

Sonali also shares pictures of her hanging out with her Bollywood friends including Sussanne Khan and Priyanka Chopra. (ANI)

Sonali shares a heartfelt message about her son