Amid the ongoing conflict between Uttar Pradesh government and opposition over Sonbhadra firing incident, Congress general secretary Priyanka Gandhi Vadra on Saturday met victims' kin here after an hour-long drama and expressed her condolences to them. 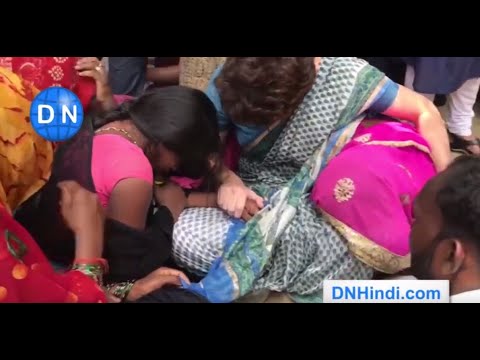 Sonbhadra: Amid the ongoing conflict between Uttar Pradesh government and opposition over Sonbhadra firing incident, Congress general secretary Priyanka Gandhi Vadra on Saturday met victims' kin here after an hour-long drama and expressed her condolences to them.

On seeing the Congress leader, the women of the victims' families were seen crying and a visibly moved Priyanka was seen consoling them and expressing her condolences.She later returned to the Chunnar Guest House here, where she was taken to after she protested with supporters of her party, and spent the entire last night.

"Administration should have helped the victims' families...they should have protected them. They should have extended help when they were facing the (Sonbhadra firing) incident. (Prasashan ko inki rakhwali karni chaiye. Jab inke sath hadsa ho raha tha, madad karni chaiye thi)," she said speaking to mediapersons here.

Priyanka Gandhi Vadra,Congress:My objective has been served as I have met them (victim of Sonbhadra firing).I am still under detention, let's see what the administration says. Congress party will give a compensation of Rs 10 lakh to the kin of the person who died in the incident. pic.twitter.com/4SUaPEVmsz

Families of victims of the Sonbhadra firing had on their own came to meet Priyanka today but only three of them were allowed to meet while 15 others were prevented from doing so by the police and administration. She urged media persons to put pressure on the administration to let the kin meet her.

"The families of those who were killed and injured have come from Sonbhadra to meet me on their own. Two relatives of the victims have come here to meet me but 15 others are not allowed to meet me, are being stopped. Even I am not allowed to meet them. I do not understand what the Uttar Pradesh government and police administration want," she said while speaking to media persons here.

However, a parliamentary delegation of the Trinamool Congress (TMC) led by party leader and Derek O' Brien, which was on its way to Sonbhadra district to meet the families of those affected in the firing earlier this week, was stopped at the Varanasi airport today.

In a video message, the TMC leader said that police has detained the delegation and was not allowing them to meet the Sonbhadra firing incident victims.Extending support to victims' families, BSP supremo Mayawati had asked party Assembly members to provide all possible aid to them.A delegation led by Congress leader Pramod Tiwari met state Governor Ram Naik over firing incident. 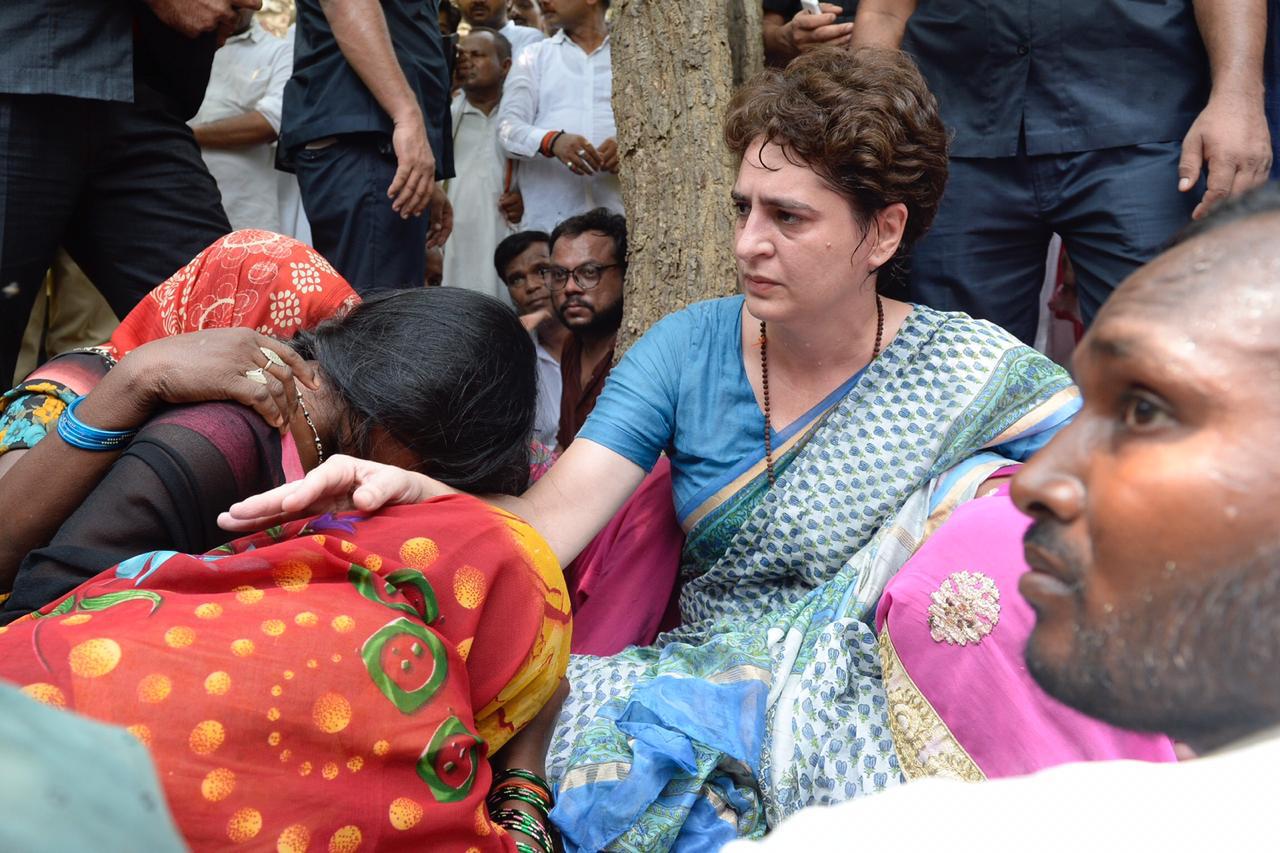 On Friday, Congress general secretary Priyanka was detained on her way to meet the kin of those killed in the July 17 Sonbhadra firing incident citing imposition of Section 144 in the area. She was escorted to Mirzapur by Uttar Pradesh Police from Vanaras. She spent a night at the guest house.

Priyanka throughout her protest had maintained that she will not leave until and unless she is permitted to meet Sonbhadra victims' families. She even asked the police to allow her to visit Sonbhadra with two persons as that would not violate Section 144 imposed there, which restrict the movement of more than four persons in an area.

Also, the party workers sitting on dharna with her have maintained that the fight will continue till she is allowed to go and meet the victims of Sonbhadra firing incident.

The Sonbhadra firing incident took place in Ubbha village of Ghorawal where the village head went to take possession of his land purchased two years ago. However, he met with opposition from the villagers which triggered the firing allegedly by his aides leading to 10 deaths. (ANI)