Madrid: Real Madrid sealed the La Liga title after registering their tenth consecutive win in the competition here on Friday.

Real Madrid defeated Villarreal by 2-1 with the help of Karim Benzema's brace. On the other hand, the second-placed club, Barcelona, suffered a 2-1 defeat at the hands of Osasuna which gave Zinedine Zidane-led side an unassailable seven-point lead at the top of La Liga table. This is the 34th La Liga title won by Real Madrid. The club has not faced even a single defeat since the resumption of La Liga following the coronavirus-enforced break.

During the match, Real Madrid completely dominated their opponents. Benzema's two goals for Real Madrid came in the 29th and 77th minute of the game. 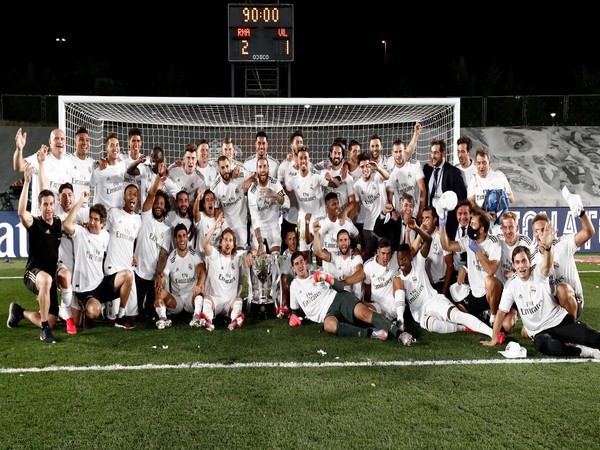 Villarreal managed to cut the deficit with Vicente Iborra's goal in the 83rd minute but it was not enough to stop Real Madrid from winning the game.