"India is scaling newer heights of progress. Uttar Pradesh too can develop. It needs a stable BJP Government," Prime Minister Modi said at a rally in Mau district.

Mau, Uttar Pradesh: Emphasising that India under the National Democratic Alliance (NDA) rule is scaling newer heights, Prime Minister Narendra Modi on Monday said that a languishing Uttar Pradesh can only develop if a stable BJP is elected to power.

"India is scaling newer heights of progress. Uttar Pradesh too can develop. It needs a stable BJP Government," Prime Minister Modi said at a rally in Mau district.

Highlighting the failures of the ruling Samajwadi Party in Uttar Pradesh, Prime Minister Narendra Modi on Monday said despite Centre's assistance, the state government has failed to basic necessities to its people.

He said the Centre has allotted funds for 24x7 power supply in the state, but the ruling Samajwadi Party Government never utilised the funds. 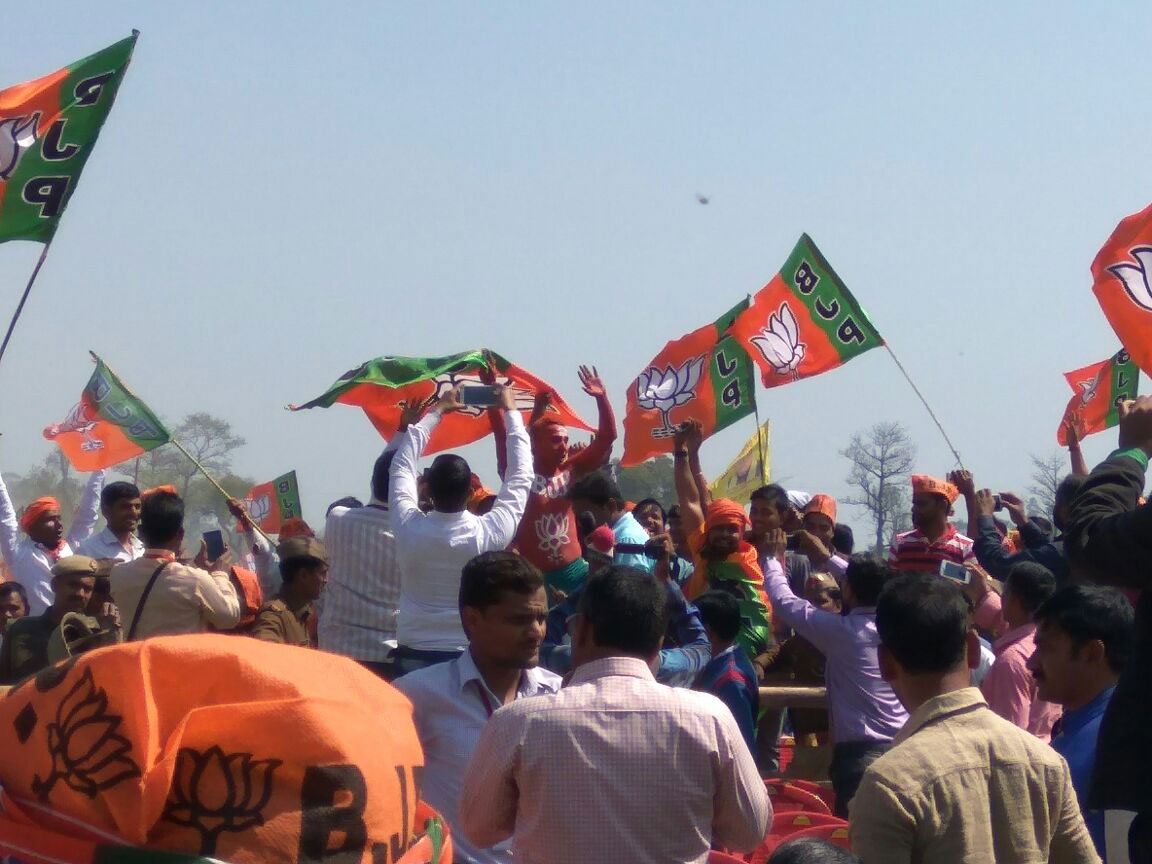 Describing the Congress-Samajwadi Party alliance as "sinking ship", Prime Minister Modi said, "Samajwadi party got on a sinking boat in the shape of the Congress in Uttar Pradesh.

In a veiled attack on BSP MLA Mukhtar Ansari, the Prime Minister said, "Why do gangsters here keep smiling when they go to jail? This is because they get all facilities inside. And giving tickets to such gangsters is it not a mockery of democracy."

The Prime Minister said once the BJP government comes to power in the state, farmer loans would be waived off.

"As an MP from UP, I want to assure you that after winning elections on March 11, we will arrange for waiving off farmer loans in the first cabinet meeting itself. We want to double the income of our farmers by 2022," he said. (ANI)