Smith was having a question and answer session on Instagram where he gave his take on fans' queries amid no sporting activities due to the coronavirus outbreak. 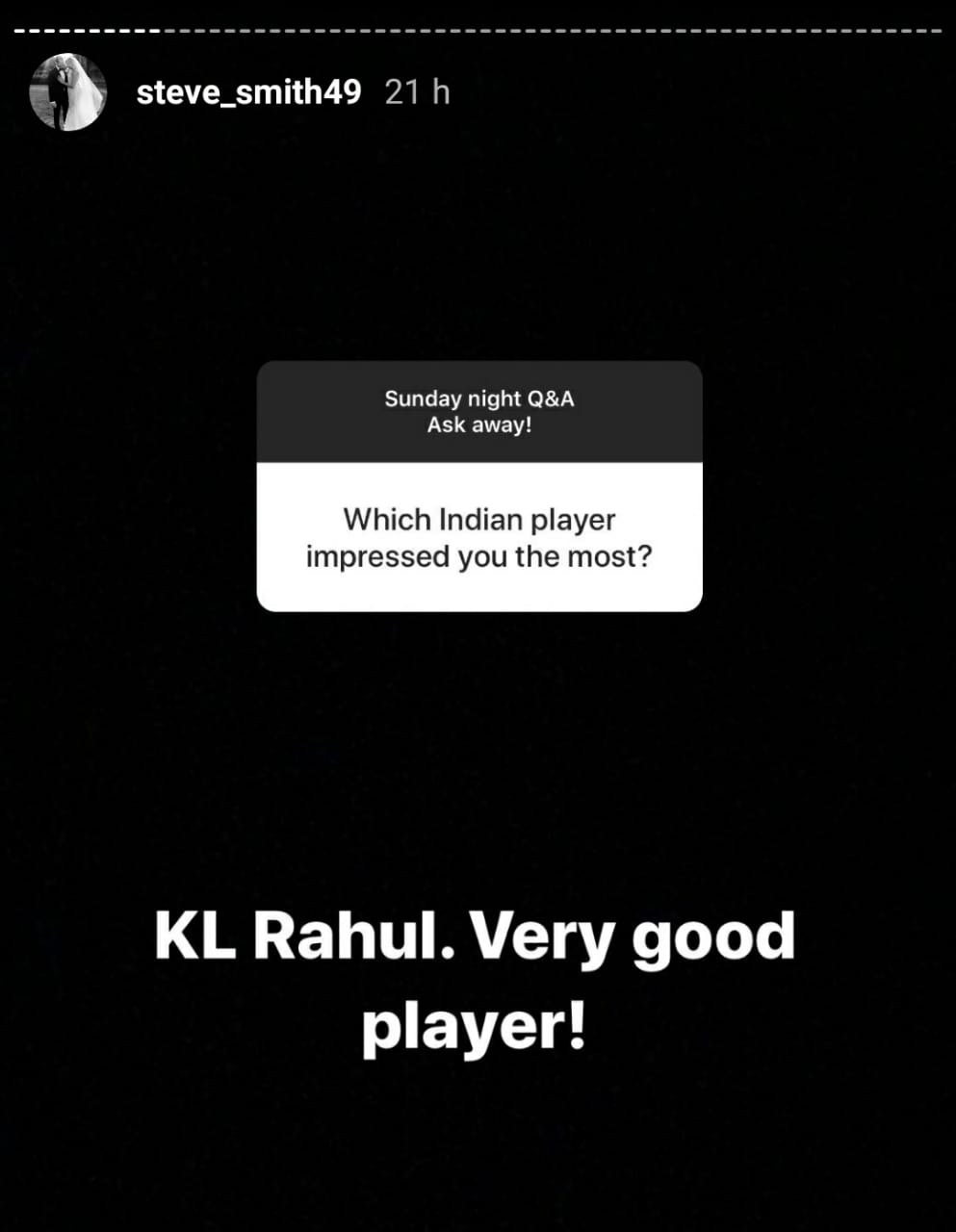 When asked about which Indian player impressed him the most, Smith replied: KL Rahul. Very good player!"

The Australian batting mainstay also said that Indian all-rounder Ravindra Jadeja is the best fielder in cricket at the present moment.

Smith, who was banned for a year in 2018 for his role in the ball-tampering scandal during a Test match against South Africa said that the Indian Premier League (IPL) is his favourite tournament.

Smith would have been in action for the Rajasthan Royals had the Indian Premier League (IPL) commenced from March 29.

However, the tournament was suspended indefinitely due to the coronavirus pandemic. (ANI)