Steve Smith’s domination of England’s bowling attack in the Ashes series reached new heights on Thursday as his magnificent 211 led Australia to 497-8 declared on the second day of the fourth test at Old Trafford.

Manchester: Steve Smith’s domination of England’s bowling attack in the Ashes series reached new heights on Thursday as his magnificent 211 led Australia to 497-8 declared on the second day of the fourth test at Old Trafford.

England lost opener Joe Denly for four, brilliantly caught by Matthew Wade short leg after he fended off a rising delivery from Pat Cummins to leave them struggling on 23-1 at the close. But a day in which Australia surely smelt again the chance to make sure of retaining the Ashes was all about Smith. 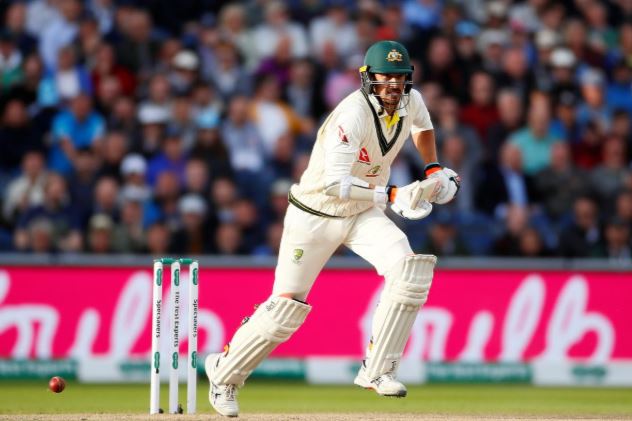 It takes nothing away from the appreciation of the 30-year-old’s fine demonstration of the art of test batting to note that as well as his impeccable timing and shot selection he also enjoyed good fortune.

Having made his third century of the series, Smith was on 118 when he was caught by Ben Stokes at slip off left-arm spinner Jack Leach. Unfortunately for the hosts, their joy turned to despair when video officials deemed Leach had delivered a no-ball. As the top-ranked test batsman in the world was making his way towards the pavilion, the video reviewers spotted that Leach’s front foot was not behind the crease when he let go of the ball, handing the Australian his second reprieve of the day. 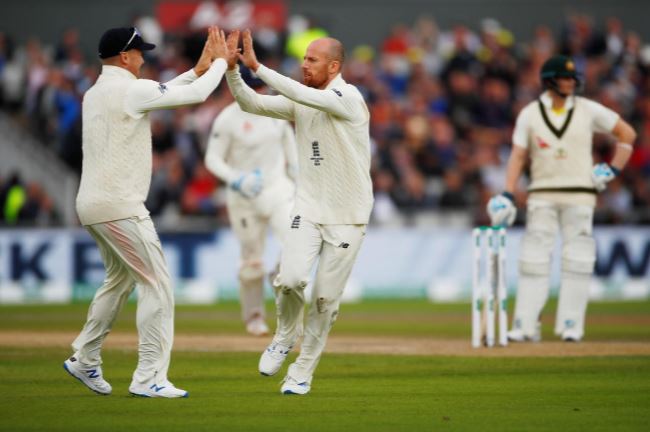 Smith had had a lucky escape in the second over of the day when Jofra Archer dropped a caught and bowled chance after his full toss was driven straight back at him.

Those were the “if only” moments for England but the bigger picture was that Smith has succeeded in making a mockery of the idea that the hosts had gained momentum from their remarkable comeback victory at Headingley in the last test. 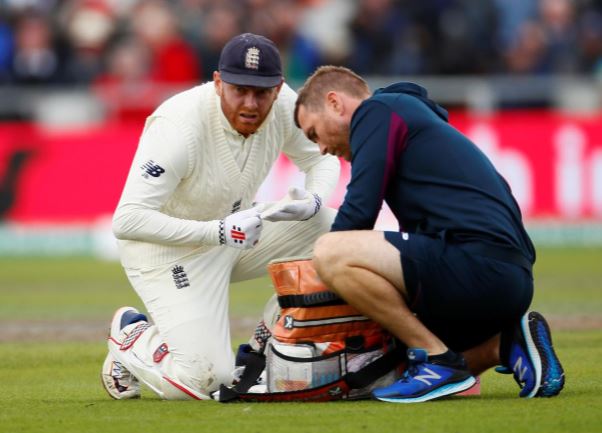 BUOYANT MOOD
England did indeed come into this match in buoyant mood but minute by minute, over by over and run by run, Smith drained away their self-belief. 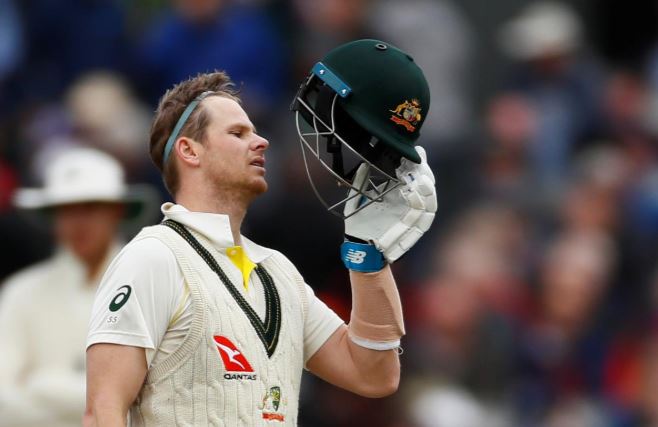 England’s misery in the afternoon session was compounded when all-rounder Stokes went off with an injury, unable to finish his over of bowling.

Stokes, who kept England in the series with his unbeaten 135 in the run chase at Headingley, returned to the field having had treatment for soreness in his right shoulder but did not bowl.But his brief absence did have an indirect impact on the game as Stokes’s replacement in the field, Sam Curran, dropped Paine when he was on 49.Curran spilled a chance at mid-on after Paine had lofted a drive off Archer and the same batsman was dropped in the first over after lunch by Jason Roy at second slip off Stuart Broad. 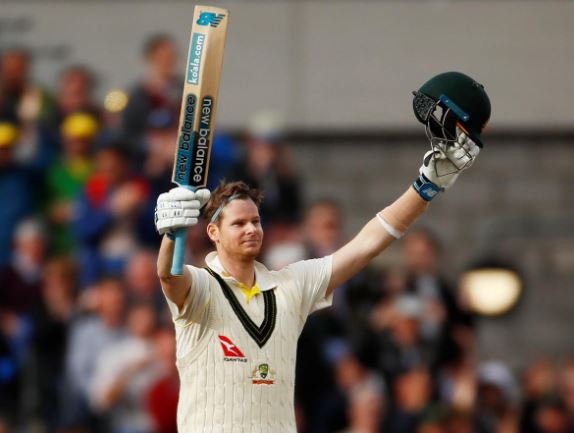 None of England’s seamers nor Leach were able to seriously trouble Smith and in the end, with the third double century of his test career — the previous two also came against England — in the bag, he fell to the occasional spin of captain Joe Root. As Smith headed back to the pavilion, there were still a smattering of now tiresome boos from England fans, recalling his 12-month ban for his role in a ball-tampering affair, but most at Old Trafford stood in appreciation. (Reuters)