Ministry of External Affairs (MEA) spokesperson Raveesh Kumar captured the moments of the meeting between the two leaders.

Earlier on Thursday, while addressing a gathering of Indian diaspora at the Vivekanand Cultural Centre in Tokyo, Swaraj lauded the contribution of the diaspora for strengthening the bond with Japan and creating a positive image about India in Japan. 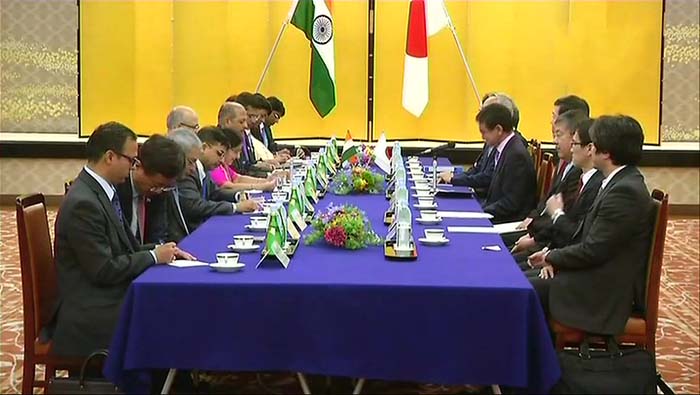 The EAM reached Tokyo on Wednesday, on a three-day visit to attend the ninth India-Japan Strategic Dialogue with her Japanese counterpart Taro Kono.

The strategic dialogue between Swaraj and Kono is scheduled to take place today. (ANI)