According to the sources, "The first bomber struck outside the IDP (internally displaced persons) camp overlooking the market hitting some people and causing confusion as people tried to flee"

Abuja: At least 30 people were killed and more than 80 others injured when three female suicide bombers detonated their explosive belts in the town of Mandarari, in Nigeria's Borno State, a stronghold of the Islamist militant group Boko Haram, on Tuesday.

The triple suicide attackers struck in a local market and outside a nearby camp for people displaced by Boko Haram violence. 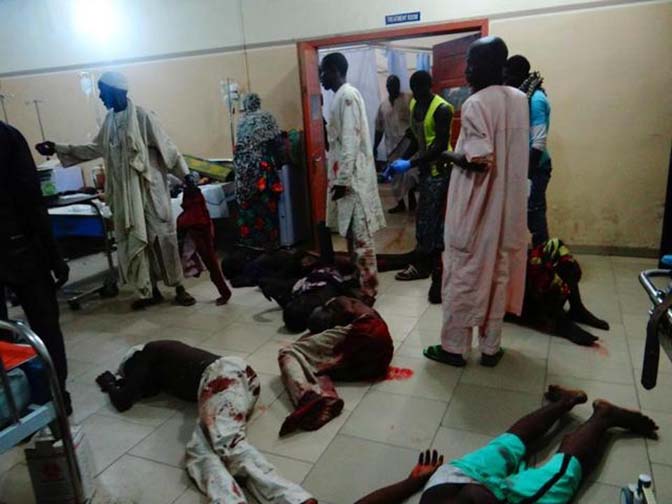 Two other female bombers hit the market almost simultaneously while traders were trying to close their shops and evacuate their wares.

Twenty-eight people were initially killed at the explosion site, and two others died after being taken to a hospital in the town of Maiduguri, where they died while being admitted in a hospital,according to a medic at the state-run hospital. The death toll is expected to rise.

No group has claimed responsibility for the attack. However, the Konduga district where it took place is a known flashpoint for Boko Haram attacks.(ANI)