The makers of the 'Student of the Year 2' have dropped a new peppy number from the film on Wednesday.

New  Delhi: The makers of the 'Student of the Year 2' have dropped a new peppy number from the film on Wednesday. 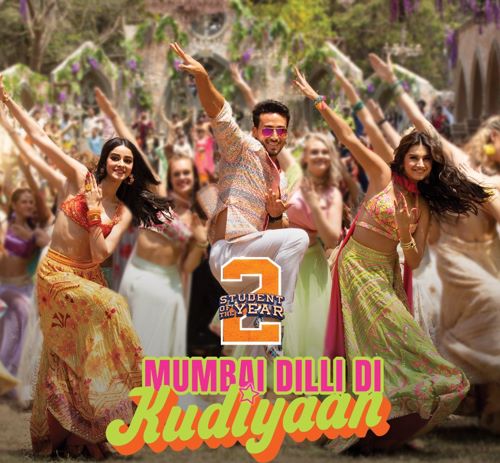 Filmmaker Karan Johar, who is producing the film, took to Twitter to share the song. He wrote, "Here to raise the temperature! Mumbai Dilli Di Kudiyaan out now."

In the song, which starts with funky music, the leads Tiger Shroff, Tara Sutaria and Ananya Pandey can be seen donning Indian attires. Shroff, who is known for his dancing skills, is all set to win millions of hearts with his high-spirited performance. Apparently, the song was shot on a grand scale.

'Mumbai Dilli Di Kudiyan' is sung by Dev Negi, Payal Dev and Vishal Dadlani and the music was composed by Vishal and Shekhar. Remo D’Souza has choreographed the song. 'Student of the Year 2' is the sequel to the 2012 hit 'Student of the Year.’ The latter marks the Bollywood debut of actors Alia Bhatt, Varun Dhawan, and Sidharth Malhotra.

Tara Sutaria and Ananya Pandey will be making their Bollywood debut in 'Student of the Year 2.’ The film is being helmed by Punit Malhotra and produced by Karan Johar. It is slated to release on May 10. (ANI)