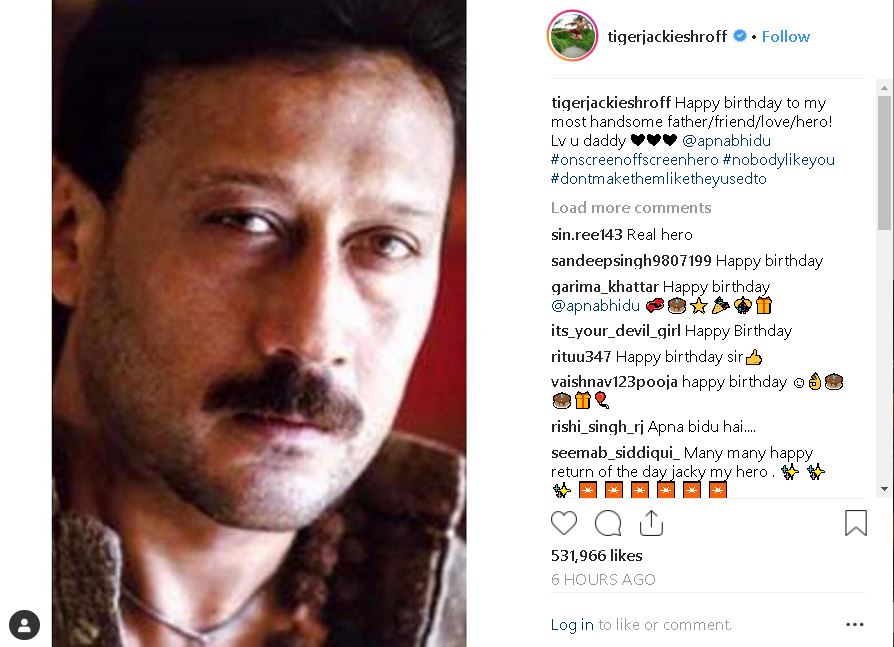 He took to his Instagram account to share a throwback photo of his father alongside a caption that read, “Happy birthday to my most handsome father/friend/love/hero! Lv u daddy @apnabhidu #onscreenoffscreenhero #nobodylikeyou#dontmakethemliketheyusedto.”
Tiger’s note for his daddy dearest proves that Jackie is his son’s forever “bhidu”.

The ‘Baaghi’ actor is known for being extremely attached to his family and keeps sharing lovely posts on his mother, father and sister. Tiger is quite active on social media and keeps posting work-out videos to candid pictures from the film sets.

Jackie Shroff is fondly known as Jaggu Dada and has been in the film industry for over 40 years. He has acted in more than 220 movies. He made his debut with ‘Swami Dada’ that released in 1982. 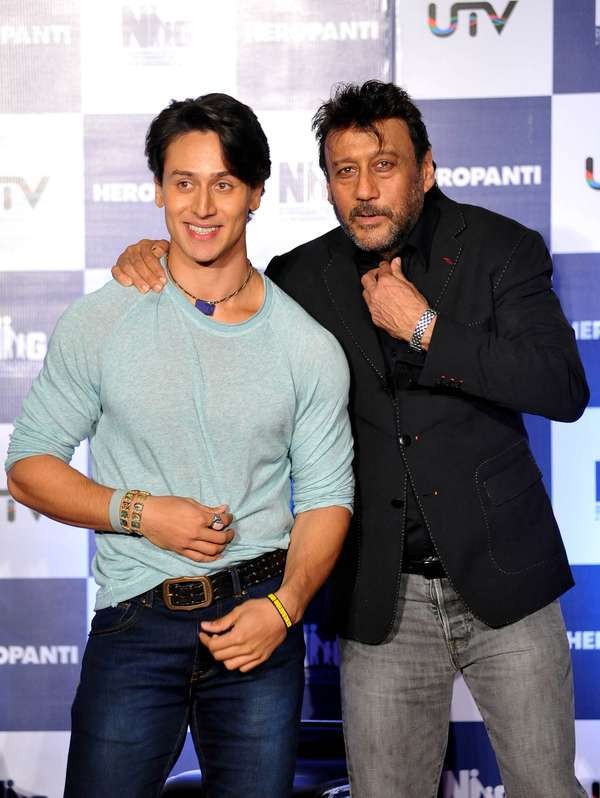 Since then, the veteran actor went on to deliver some amazing performances in films like ‘Hero’, ‘Ram Lakhan’, ‘1942: A Love Story’, ‘Rangeela’ among many others.

On the work front, Jackie Shroff will next be seen Ali Abbas Zafar's ‘Bharat’ which also features Salman Khan, Katrina Kaif, among others.

Meanwhile, on the work front, Tiger will be seen in the second instalment of Karan Johar’s ‘Student of the Year titled ‘SOTY2’. He will soon begin shooting for ‘Baaghi 3’. Also, Hrithik Roshan and Tiger Shroff will be sharing screen space in Siddharth Anand’s untitled film, shooting for which has already begun. (ANI)