Actor Tiger Shroff on Friday announced that he will be working in the sequel of his debut film - 'Heropanti'.

New Delhi: Actor Tiger Shroff on Friday announced that he will be working in the sequel of his debut film - 'Heropanti'.

The actor shared the update through an Instagram post where he shared two posters of the new instalment of the film.

In one of the posters, Shroff is seen standing static with a gun in his hand while the world surrounding him is seen walking in fast pace denoted by colourful lines in motion.

In the second poster, the 'War' actor could be seen walking with a gun in his hand while numerous other guns are seen pointed at him.

Each of the posters read, 'The world wants him dead.' 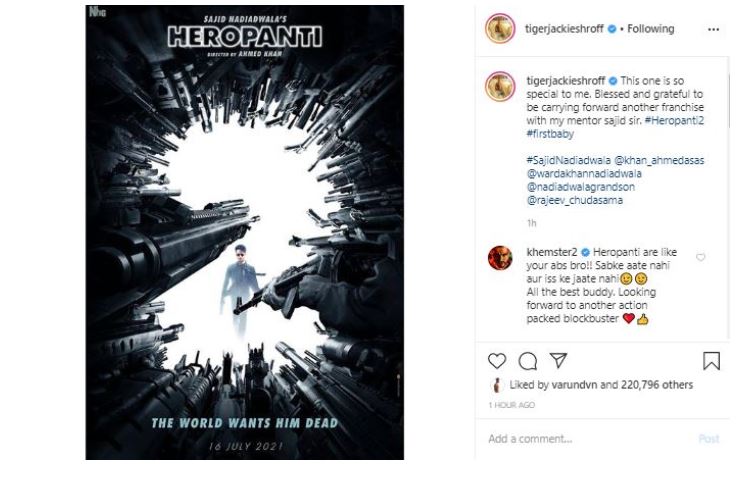 "This one is so special to me. Blessed and grateful to be carrying forward another franchise with my mentor sajid sir," the 29-year-old actor captioned the post.

'Heropanti 2' is the second instalment of Shroff's debut flick which was released in the year 2014.

Directed by Ahmed Khan and produced by Sajid Nadiadwala, 'Heropanti 2' is slated to release on July 16, 2021.

Tiger Shroff was last seen in action-drama 'War' and will be next seen in 'Baaghi 3' opposite Shraddha Kapoor. (ANI)