It seems that the couple had the same issues before they got married, as that caused them to split. Hence, it was always a wonder why they even got married in the first place.

Washington D.C: It seems that former Hollywood couple Jennifer Aniston and Justin Theroux, who announced their split this week, was due to their decision of living in preferred different coasts across the United States, if a source is to be believed.

According to a source, Aniston and Theroux had "issues" plaguing their 2.5 years of relationship and even before they tied the knot, the People reported.

In fact, Jennifer found it hard to understand why Theroux did not like, or at least, could learn to like Los Angeles (L.A.), when she was in L.A.

The former Friends star even disliked living in New York, where Theroux lived, and Aniston also felt very strongly about living in L.A.

It seems that the couple had the same issues before they got married, as that caused them to split. Hence, it was always a wonder why they even got married in the first place.

Rumours are also that there was no evidence that the pair was even legally married.

Aniston and Theroux announced their separation on Thursday.

A statement released by Aniston's longtime publicist, said: "In an effort to reduce any further speculation, we have decided to announce our separation. This decision was mutual and lovingly made at the end of last year. We are two best friends who have decided to part ways as a couple, but look forward to continuing our cherished friendship."

"Normally we would do this privately, but given that the gossip industry cannot resist an opportunity to speculate and invent, we wanted to convey the truth directly," their statement continued. 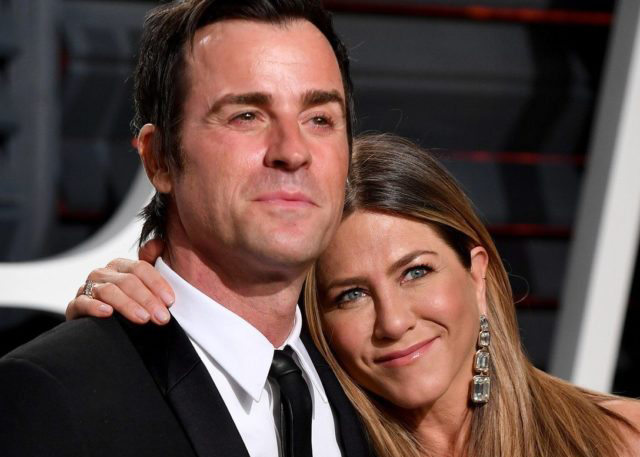 "Whatever else is printed about us that is not directly from us, is someone else's fictional narrative. Above all, we are determined to maintain the deep respect and love that we have for one another," the statement read.

Aniston also reportedly issued a statement where she denied using Brad Pitt, her ex-husband, as a shoulder to lean on, following her split with Theroux.

A source close to the couple recently told People the two did not mind their frequent separations. "Justin often spends a few days in NYC by himself," the source said.

Aniston and Theroux began dating in May 2011 and became engaged in August 2012.