Bharatiya Janata Party will be organising a week-long 'Seva Saptah' or Service Week in mid-September to mark the occasion of Prime Minister Narendra Modi's birthday on September 17.

New Delhi: Bharatiya Janata Party will be organising a week-long 'Seva Saptah' or Service Week in mid-September to mark the occasion of Prime Minister Narendra Modi's birthday on September 17.

The campaign will be held from September 14 to September 20 across the country and different programmes related to cleanliness and social service will be organised by the party workers.

To make the initiative a grand success, BJP has constituted a central committee with party leader Avinash Rai Khanna being appointed as its convenor. Union Minister Arjun Ram Meghwal and national secretaries Sudha Yadav and Sunil Deodhar are also part of the committee. 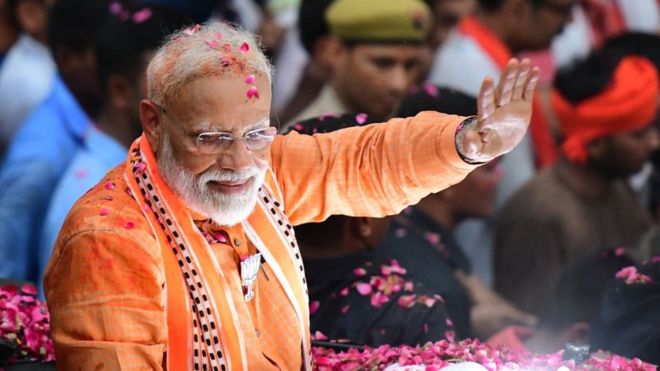 As part of the campaign, BJP workers will also organise blood donation camps, health camps and eye check-up. They will also visit hospitals and orphanages to provide help and relief to patients and underprivileged. BJP leaders will also facilitate education assistance for hundreds of specially-abled people during the campaign.

Keeping in mind Prime Minister's call for launching a mass movement against single-use plastic, all party leaders including MPs, MLAs will run a campaign against the use of single-use plastic in different universities. (ANI)

PM Modi: Development of more than 180 ghats going on under Namami Gange mission