Hyderabad police on Sunday arrested two African nationals with about 25 grams of cocaine.

Also Read: Study finds side effects of drugs on lungs

Sharing details of the arrest, Anji Reddy, Assistant Prohibition Superintendent, Excise Department, “On credible information, we have conducted raids at suspected places and have nabbed two persons Arnold Patricks and Abdulla, who belongs to Ivory coast country in Western Africa. 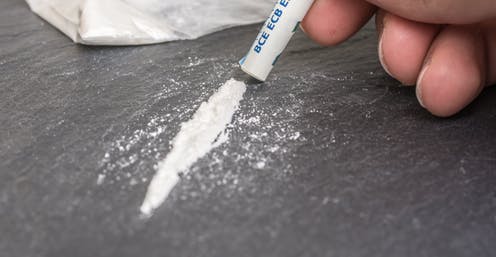 Abdulla is residing in Sun City, Hyderabad and Arnold Patricks is residing in Bangalore. Along with drugs, three mobile phones have also been seized from their possession. The visas of these two accused expired long back and they were staying in India illegally,” he added.

He also said that there is another Nigerian on police radar who was allegedly supplying drugs to these two individuals and attempts are ongoing to apprehend him from Bengaluru.

Reddy said that action will also be taken on the customers who have been identified through these accused. (ANI)