He was speaking at the two-day BJP meet which began in Lucknow.

Lucknow: Uttar Pradesh Chief Minister Yogi Adityanath said on Monday that the politics of casteism and appeasement will end while the agenda of development and devotion to the nation would sustain.

He was speaking at the two-day BJP meet which began in Lucknow. 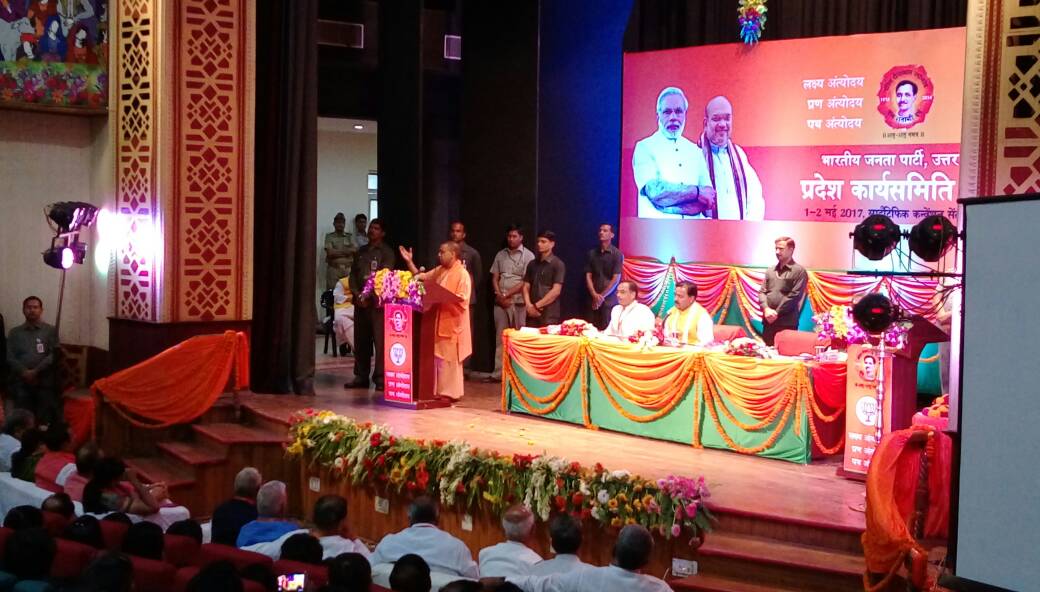 “Politics of nepotism, casteism and appeasement will end, only politics of development and ‘rashtra bhakti’ (devotion to the nation) will sustain,” Mr. Adityanath said.

Apart from top BJP leaders including the party president Amit Shah, Uttar Pradesh state office bearers and hundreds of delegates are expected to participate in the two-day event. (With PTI inputs)