UP CM Adityanath reached Delhi on Sunday where he met BJP President Amit Shah at his residence.

New Delhi: Uttar Pradesh CM Yogi Adityanath has reached Delhi on a one-day visit. After reaching Delhi, Yogi Adityanath, met BJP President Amit Shah at his residence. In the meeting, discussion between Yogi and Shah  were about the appointment of Chief Secretary, Director General of Police and Principal Secretary Home, the  three very important posts of UP bureaucracy.

Also Read: Technology will empower the judiciary, and save money and time

Apart from this, in the meeting, after becoming Deputy Chief Minister, Keshav Prasad Maurya, who will be the new state president in the changed circumstances . This topic has also been discussed. 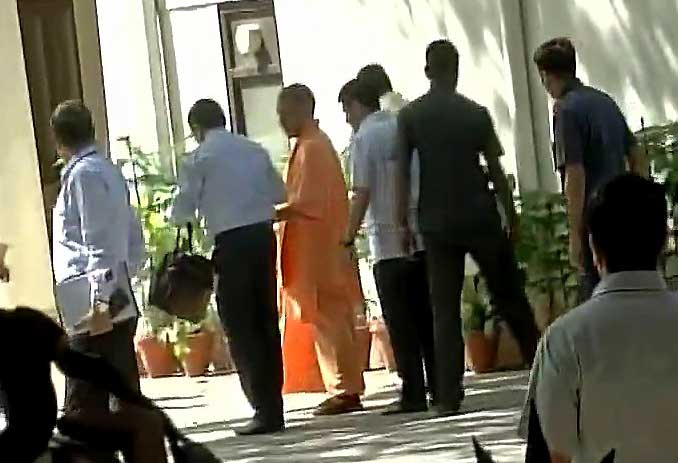 Yogi Adityanath: Naxalite activities are under control in Uttar Pradesh

UP has changed, bahubalis have no imact now: Amit Shah