UP CM Yogi Adityanath: NIA to investigate explosive matter found in UP Assembly

Uttar Pradesh Chief Minister Yogi Adityanath said, "PETN explosive which was found in UP Vidhan Sabha must be investigated by NIA."

Lucknow: Uttar Pradesh Chief Minister Yogi Adityanath has taken cognizance into the issue of a packet of suspicious white powder found in the State Assembly and has sought for a National Investigative Agency (NIA) probe into it.

Adityanath, while confirming that an explosive, by the name of Pentaerythritol tetranitrate (PETN), was indeed found in the Assembly, pressed for more vigilance in Uttar Pradesh, more particularly in the Assembly and rued the absence of a Quick Response Team (QRT) for the state.

"The packet of the explosive was found under the chair of the Opposition's leader. It was 150 gm of PETN. 500 gm of PETN is enough to blow the whole Assembly off. This shows the severity of the situation. I suggest that everybody present in the Assembly should be investigated by the police and that the NIA should investigate into the matter," he said. 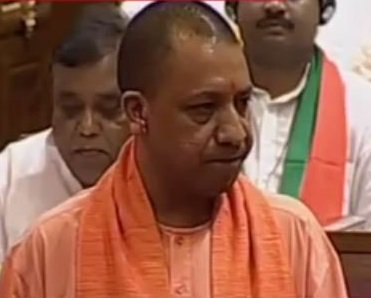 "It's unfortunate that the largest Assembly of the country doesn't have a QRT," he added.

Adityanath also said that this incident could be in connivance with a terrorist or militant group and that the security of the state and the country is paramount.

Aditynath also urged the officials to not compromise on the security of the state and the nation, more so considering the current situation of the country.

Supporting the Chief Minister's assertions, Speaker Mata Prasad Pandey said that the whole Assembly is like a family and that the security cannot be compromised.

He also apprised the members about the new security arrangements in the Assembly. 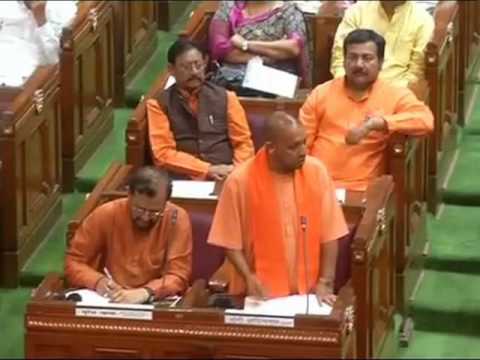 Earlier yesterday, 60 grams of suspicious white powder was found in the UP Assembly during an ongoing session, which was later sent to forensic lab for testing.

Adityanath had then called for a high-level meet over the same.

Following this, the Samajwadi Party and the Bharatiya Janata Party (BJP) were seen indulging in war of words over the security condition in the state, most particularly the Assembly.

"Security is a serious issue. Yesterday, even the Speaker expressed concern over the same. Whatever is to be done, will be done. Terrorists want to spread their nexus all across the nation, but they won't get the access to Uttar Pradesh or its Assembly," UP minister Sidharth Nath Singh said.

"Every day, some or the other crime takes place. The women in the state are not safe. The law and order situation lacks order," Samajwadi Party leader Rajendra Chaudhary said. (ANI)