UP: Meat sellers urge Adityanath to 'fight for nation, not for gosht'

As the meat sellers across UP went on an indefinite strike from Monday against the crackdown on illegal and mechanized slaughterhouses.

Lucknow :  As the meat sellers across Uttar Pradesh went on an indefinite strike from Monday against the crackdown on illegal and mechanized slaughterhouses, they urged Chief Minister  Yogi Adityanath to fight for the nation and not for 'gosht'.

"Yogi Adityanath should fight for the nation, not for gosht. Many people are dying without food. It has created chaos. We will support Yogi ji in his fight against Pakistan. If he (Yogi Adityanath) fights for gosht we will raise our voices," a meat seller said.

Stating that all of them are facing trouble, another meat seller said all the labourers are disturbed with the present scenario. 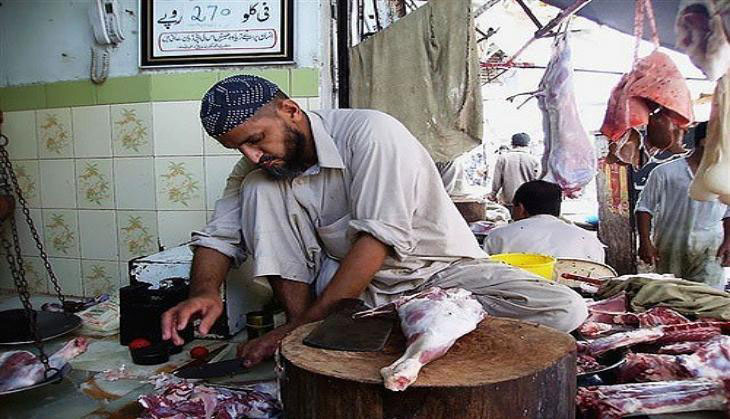 "Someone commits mistake and others pay for it. We have to earn our living. So many families are dependent on this. We all have become jobless now. There should be a solution to this," said another meat seller.

After coming to power, the Yogi Adityanath government has ordered closure of illegal slaughterhouses and strict enforcement of the ban on cow smuggling to fulfil a key electoral promise.

Adityanath earlier on Saturday said abattoirs operating legally will not be touched but action will be taken against those run illegally.

Warning the licensed slaughterhouses to comply as per rules, Uttar Pradesh Cabinet Minster earlier on Wednesday said that strict action would be taken against the illegal ones, adding that the main agenda of the government is to restore law and order in the state. (ANI)

Siddharth Nath Singh: UP Government will act only against illegal slaughterhouses

UP: Two policemen killed in accident

Uproar in Rajya Sabha over renaming of Mughalsarai station

Akhilesh Yadav: Highest number of notices from NHRC to UP shows govt. claim on improvement in law and order is false