A 23-year-old miscreant was killed while three of his associates were arrested on Friday night in an encounter with the Delhi Police in the Usmanpur area of the national capital, police said. Read more on Dynamite News:

New Delhi: A 23-year-old miscreant was killed while three of his associates were arrested on Friday night in an encounter with the Delhi Police in the Usmanpur area of the national capital, police said.

The deceased has been identified as Aakash alias Illu, resident of Kartar Nagar, Delhi.

"An encounter broke out between police and miscreants in the Usmanpur area of Delhi. A criminal named Akash was killed in the encounter and three others were arrested," said Deputy Commissioner of Police (DCP) North East Sanjay Sain.

Following the complaint of the snatching on July 8 the police team moved towards the Khadar area in search of suspects and reached deep in the jungle where they noticed the presence of seven-eight suspicious persons. 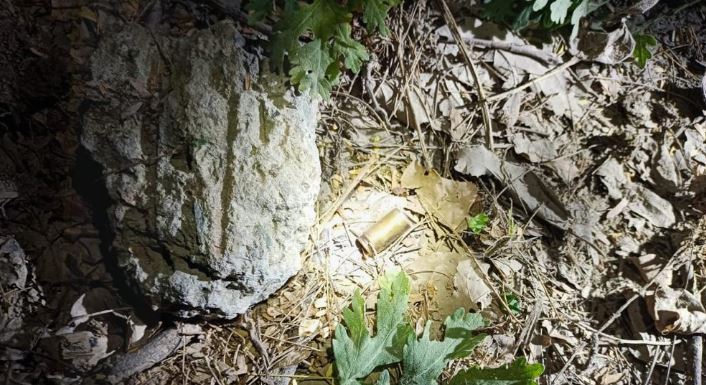 The police personnel disclosing their identity asked them to come out but suddenly they opened two fires upon the police team. Police personnel somehow saved themselves and again warned them to surrender but they did not pay any heed to the request and again fired upon the police team. The police retaliated and one bullet hit one of the miscreants and he fell down while taking advantage of the dark other miscreants ran away.

The injured Aakash was shifted to JPC hospital for treatment and later he was referred to LNJP hospital where he died during treatment. One pistol and three empty cartridges have been recovered from the scene of the crime.

On checking of criminal antecedents, Aakash has been found involved in seven criminal cases of robbery. He was released on bail on June 6, 2022, in a case of PS New Usmanpur. Later, during the continuing search operation, three associates of deceased Aakash were also been apprehended from the Yamuna Khadar area.

They have been identified as Vishal alias Rahul Negi alias Chunnu, Monu alias Chinese, and Nikhil. The police also recovered eight mobile phones, two live cartridges and a knife from their possession. Vishal has also been found involved in six criminal cases of robbery and criminal antecedents of others are being verified.

During interrogation, it was revealed that Monu and Nikhil, used to dress up like girls to attract the commuters on road. Once any person used to come with such girls, their associates used to rob him of his belongings and valuables.

A case under Sections 186, 353, 332, 307 and 34 Indian Penal Code (IPC) and 25/27 Arms Act has been registered in this matter and the investigation has been taken up. Further investigation is in progress and efforts are being made to nab the remaining accused persons, the police added. (ANI)

Delhi: One injured in an encounter in CR Park

Four criminals killed in encounter with police in Delhi