10 injured as support slab of flyover collapses in Goa

At least 10 workers were injured when a portion of a support slab of an under-construction flyover collapsed near Panaji on Wednesday.


Panaji: At least 10 workers were injured when a portion of a support slab of an under-construction flyover collapsed near Panaji on Wednesday.

The support structure between two pillars of the flyover crashed around noon at Verna village in South Goa district, located nearly 15 km from here, he said.

A police team rushed to the spot to take stock of the incident, the official at Verna police station said. 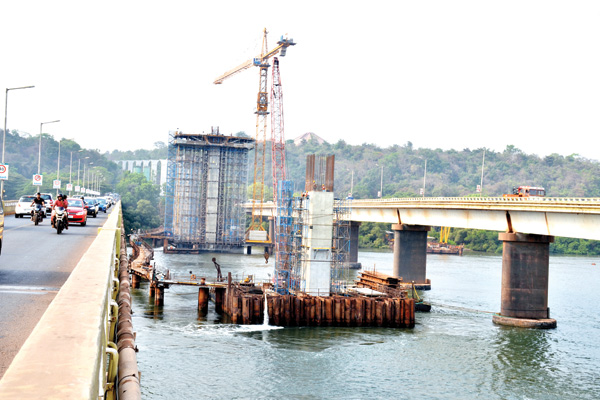 "Work on the flyover was underway when the incident happened. Ten workers were injured and they were taken to the Goa Medical College and Hospital," he said.

Also Read: Petition filed before Supreme Court to put a halt to menace of fake news

The flyover is being constructed as part of the national highway project connecting Panaji to Margao city, which is located 30 km away.

The slab collapse site is just a few metres away from the Zuari river bridge. (PTI)