As the 355th 'Prakash Parv' of the tenth Sikh Guru, Sri Guru Gobind Singh Ji, falls today, let's look at his contributions to humanity and the importance of his teachings today.

New Delhi: As the 355th 'Prakash Parv' of the tenth Sikh Guru, Sri Guru Gobind Singh Ji, falls on Wednesday, let's look at his contributions to humanity and the importance of his teachings today.

Born Gobind Rai at Patna Sahib in Bihar, Guru Gobind Singh Ji was the 10th and last of Sikh gurus in human form. He was enthroned at the 'Guru Gaddi' at the age of nine, following the martyrdom of his father, the ninth Guru, Guru Tegh Bahadur Ji.

On this occasion, ANI spoke to spiritual leaders to find out about the importance of the special day, how it is celebrated and to what extent his teachings are followed at present.

Delhi Sikh Gurdwara Management Committee president Manjinder Singh Sirsa said, "Guruji bestowed us with the most precious gift of Paanch Katar and decorated the Sikhs. His teachings are the reason why Sikhs never step back in any battle and stand united against what is wrong."

Shedding light on the early morning hours or Amritvela, he said, "It is a difficult task to wake up at that time and chant Akal Purakh's name, but Sahib Ji used to say the one who handles Amritvela, the Almighty handles him."

The divine messenger transformed the Sikh religion into what it is at present with the institution of the Khalsa solidarity. Sahib Ji completed the sacred scripture, the Guru Granth Sahib Ji, in the final form that he ordained as the next and perpetual Guru of the Sikhs. 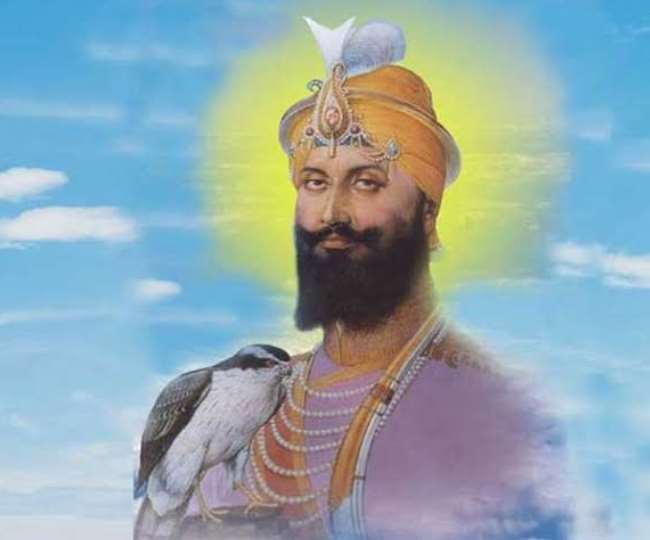 "In the Granth Sahib, Guruji included the bani of the six Gurus from Guru Nanak dev Ji to Arjan Dev and also the ninth Guru, who was his father. He said there would be no more addition to the Granth after that. He said who desires to behold me should behold the Guru Granth. Obey the Granth Sahib. It is the 'jot' and visible body of the Gurus. And let him who desires to meet me, search me in the hymns," said Giani Gurnek Singh, the Granthi of Delhi Gurudwara, Sri Gurmat Prachar Sabha.

Through the chronicles of human history, Guru Gobind Singh Ji is revered as Sarbans Dani (the merciful donor, who sacrificed his all), Mard Agamra (man without any parallels), Shah-e-Shahenshah (emperor of emperors), Bar do Alam Shah (ruler of both worlds).

Gurnek Singh said, "After the martyrdom of his father, he declared that he would create such a Panth (community) to restore justice, equality and peace for all mankind."

With Khalsa, Guru Gobind Singh Ji infused the dual spirit of a saint and a soldier in the minds and hearts of his followers to fight oppression in order to restore Dharma (righteousness) and to uplift the downtrodden people in this world, he added.

On being asked if the devotees are imbibing the culture and teachings of the Guru, Gurnek Singh said, "There's a difference between 'following' and 'obeying'. There have been a lot of changes that can be observed at present, especially in the younger generation."

The Prakash Purav which marks the birthday of Sri Guru Gobind Singh Ji is celebrated with enthusiasm and good cheer every year. The Gurudwaras are illuminated with glittering lights to signify Prakash (light) followed by Anand Path and Prabhat Feri that comes into practice a few days before the main festival.

Meanwhile, at the end of the conversation, both the delegates looked forward to praying to the Almighty to bless the world with peace and harmony. (ANI)

The Significance of Mahashivratri

Google's Holi doodle: Red, blue, yellow, green, and everything in between

Why to visit Kolkata during Durga Puja?