Looks like singer Joe Jonas can't have enough of actor Sophie Turner with whom he tied the knot last month in France.

Washington D.C.  Looks like singer Joe Jonas can't have enough of actor Sophie Turner with whom he tied the knot last month in France.

After coming back from their honeymoon in Maldives, Turner shared a lovey-dovey photo of the two to which Jonas responded with a "stunning" comment. 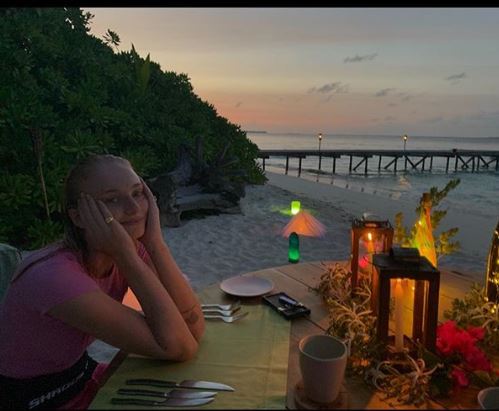 The romantic photo shows Turner in a white shirtdress and tall black boots as she lays her legs across Joe's lap. While the singer can be seen leaning in to give wifey a kiss.

Turner who received an Emmy nomination earlier this week for 'Game of Thrones' captioned the picture with a red heart emoji. 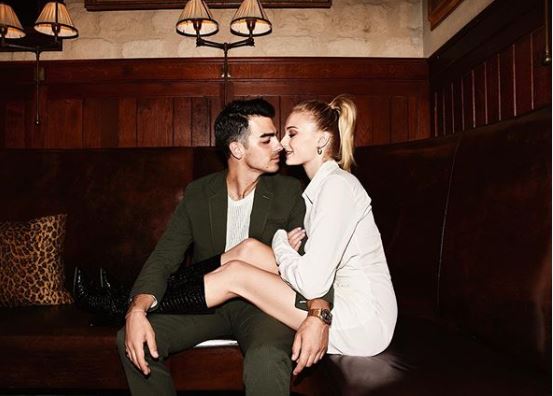 "You are so stunning  Jonas commented on her post, adding a red heart emoji. 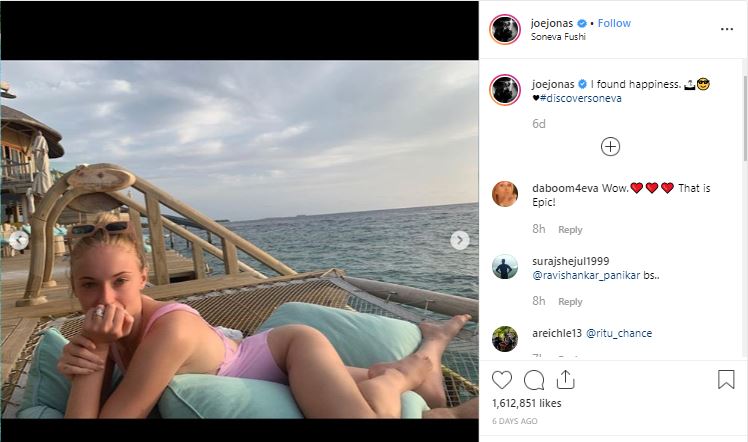 The Instagram post is the first social media picture  of the couple after their marriage in June besides the monochrome photo of the couple shared from the nuptials earlier this month. (ANI)