The last-wicket pair of Mohammed Shami and Jasprit Bumrah resumed India's innings on Day Two of the ongoing first Test against Australia here at the Adelaide Oval on Friday.

Adelaide: The last-wicket pair of Mohammed Shami and Jasprit Bumrah resumed India's innings on Day Two of the ongoing first Test against Australia here at the Adelaide Oval on Friday.

Pacer Josh Hazlewood, with the figures of 3/52, wrapped up the India n innings at 250 runs on the very first ball. 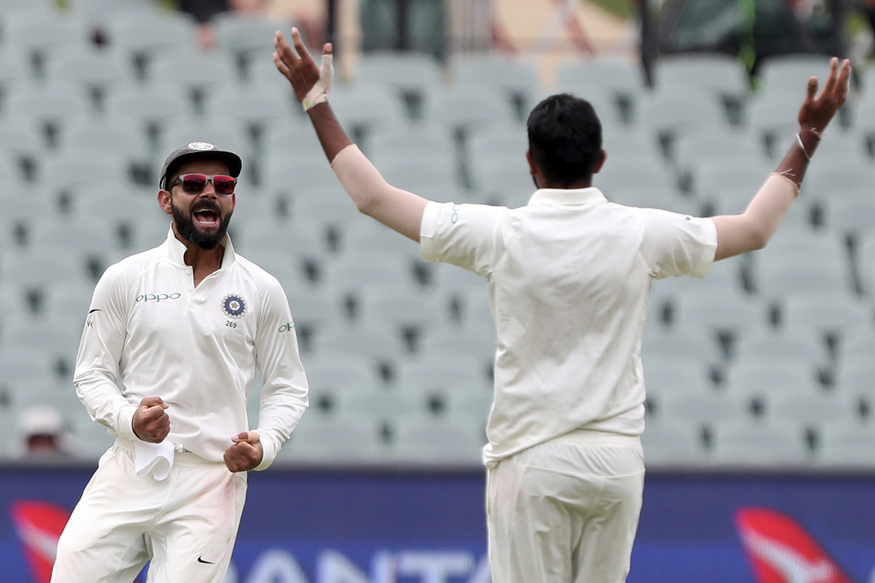 Aaron Finch, along with debutant Marcus Harris, came in the middle to open the Australian first innings. However, pacer Ishant Sharma struck Finch for a golden duck on the third ball to set the tone for the match.

Usman Khawaja, who came in at number three, along with Harris, held the fort for Australia for quite some time as the duo kept hitting boundaries at regular intervals. To provide the breakthrough to India, spinner Ravichandran Ashwin dismissed Harris for 26 runs as he gave a comfortable catch to Murali Vijay. 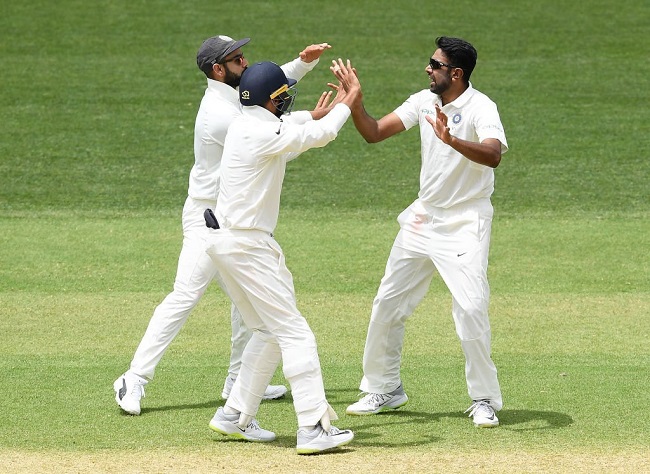 Having lost two wickets, Australia posted a meagre score of 57 at lunch. The home team trailed India by 193 runs, with Khawaja and Shaun Marsh present in the middle.
Resuming from the score of 57 post lunch, Ashwin scalped Marsh's wicket. The left-handed Australian batsman ended up dragging back while attempting a wide delivery. Following Marsh's dismissal, Peter Handscomb walked in.

The game slowed down a bit and the Indian bowlers used the opportunity to build pressure on the home team. An on-fire Ashwin then picked up India's fourth Australian and crucial wicket as Khawaja walked back for 28 runs. Australia went into the tea break at a score of 117 with the loss of four wickets.

Now when Bumrah chipped in, he broke a 33-run partnership between Handscomb and Travis Head. Handscomb (34), who was looking to run the ball to the third-man area, edged straight to wicket-keeper Rishabh Pant, who made no mistake in completing the catch. 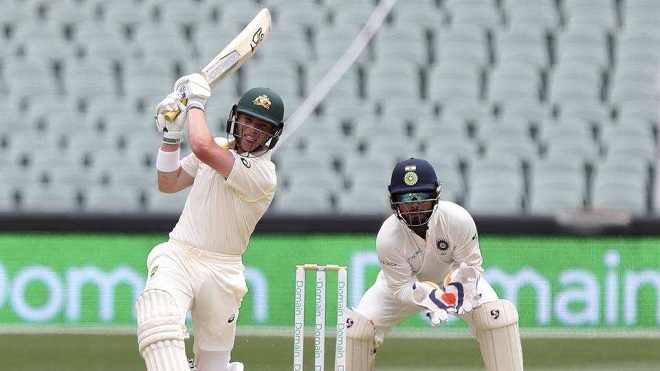 Following Handscomb's dismissal, Australia skipper and wicket-keeper Tim Paine came to the crease. However, before the skipper could make any impact, Ishant sent him back for five runs. The Indian pacer followed the short ball with a back of a length delivery and Paine, who got stuck yet again in the crease without any footwork, edged the ball back to the keeper.

To save his side from falling, Head, with his gritty performance, took the onus and fought back with an unbeaten 149-ball 69 and Australia ended Day Two of the opening Test at 191-runs with the loss of seven wickets.

Bumrah on Malinga: Have always admired you