New Delhi: Indian Army on Monday issued notification for recruitment of Agniveers on its website with important terms and conditions of service for them.

According to the notification, the registration for recruitment will be opened in July for Agniveer General Duty, Technical (Aviation/Ammunition Examiner), Clerk, Store Keeper Technical and Tradesman etc. 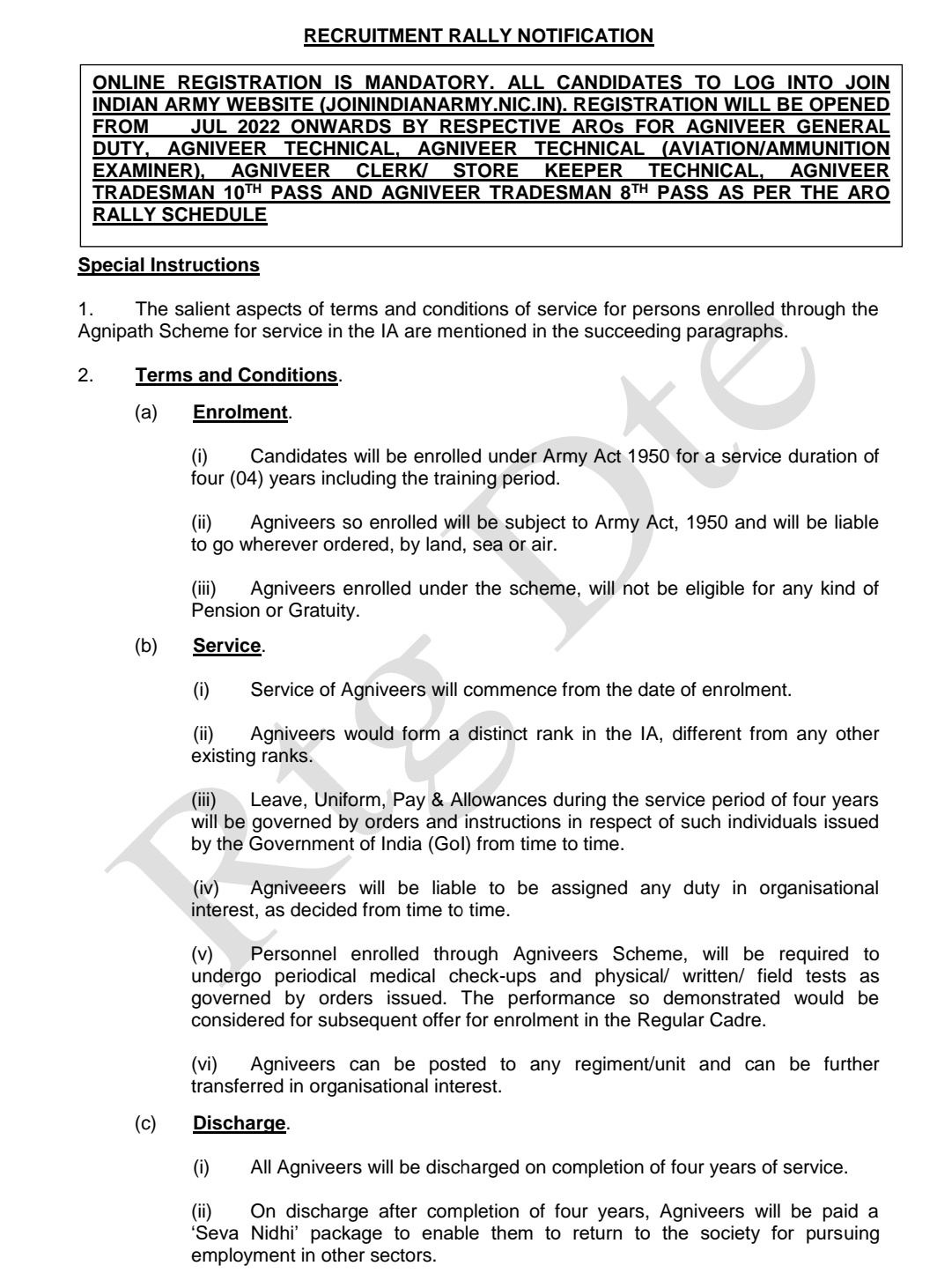 The Indian Navy and Indian Air Force will issue similar recruitment notification for Agniveers on Tuesday and Friday, respectively. 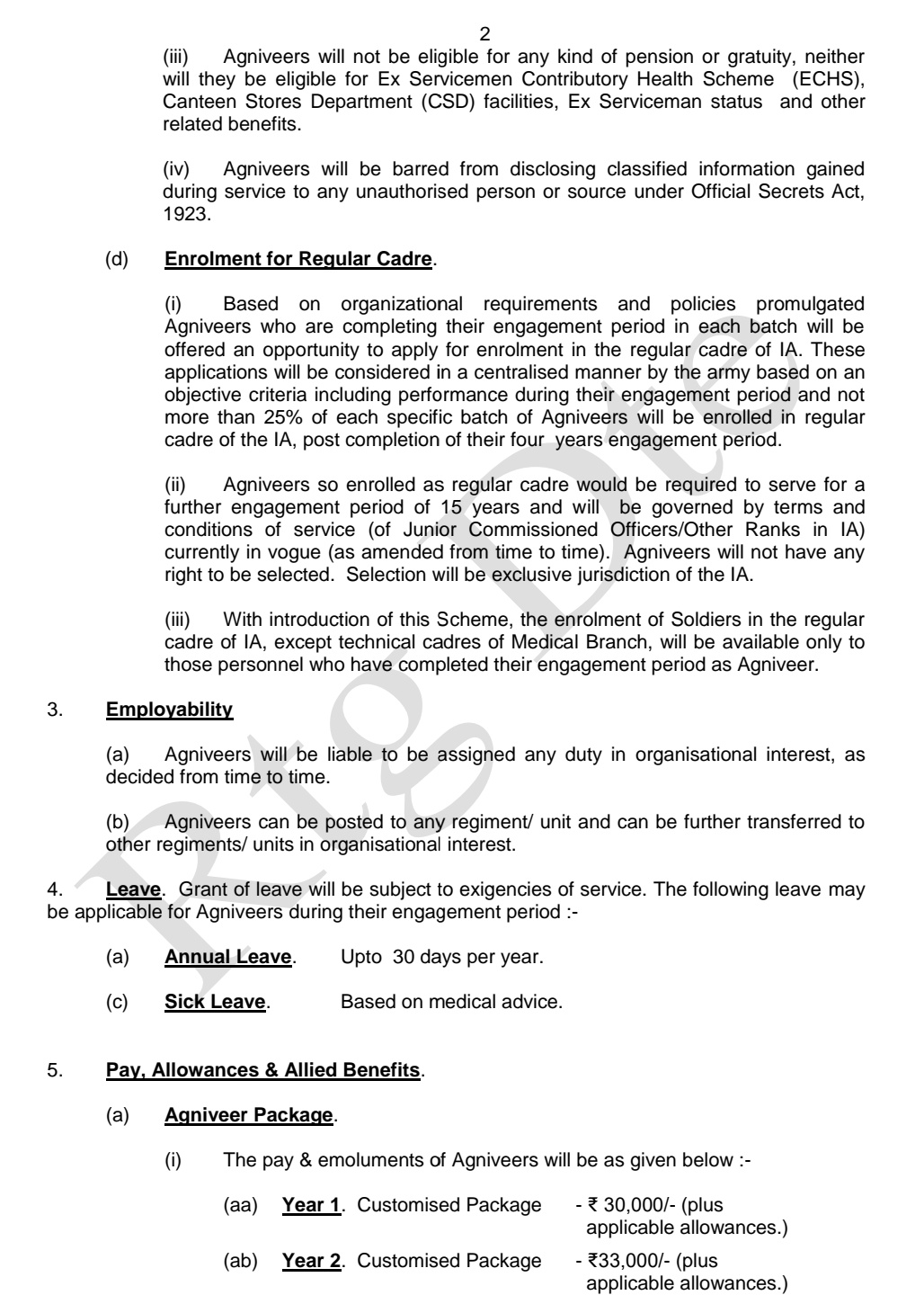 The Indian Army said the release of an Agniveer at their own request prior to completion of terms of engagement is not permitted. However, in most exceptional cases, personnel enrolled under this scheme may be released, if sanctioned by the competent authority, it said. 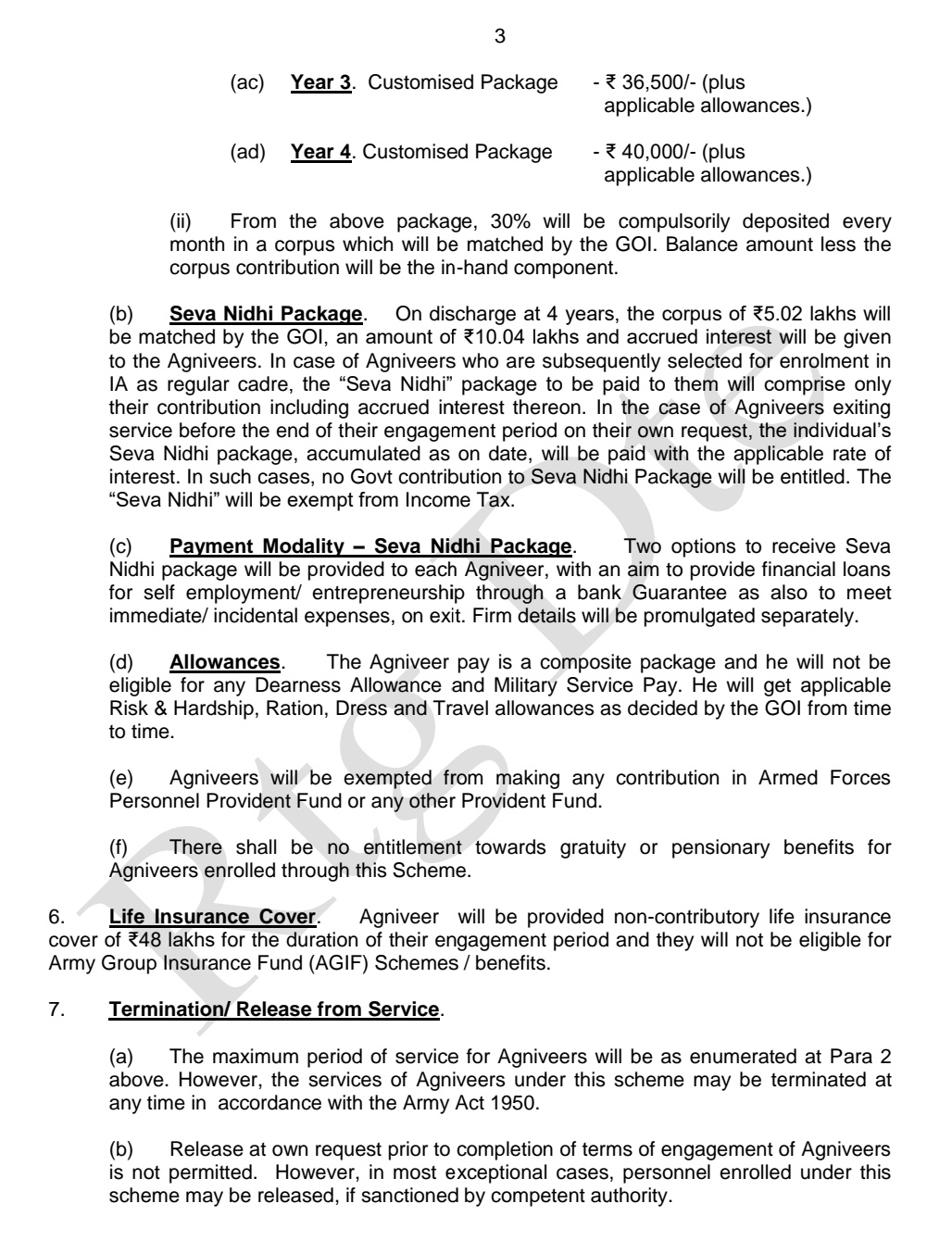 Meanwhile, the protests against the Agnipath scheme continued on Monday with most north Indian states tightening security in view of the Bharat Bandh call given by different outfits and aspirants. 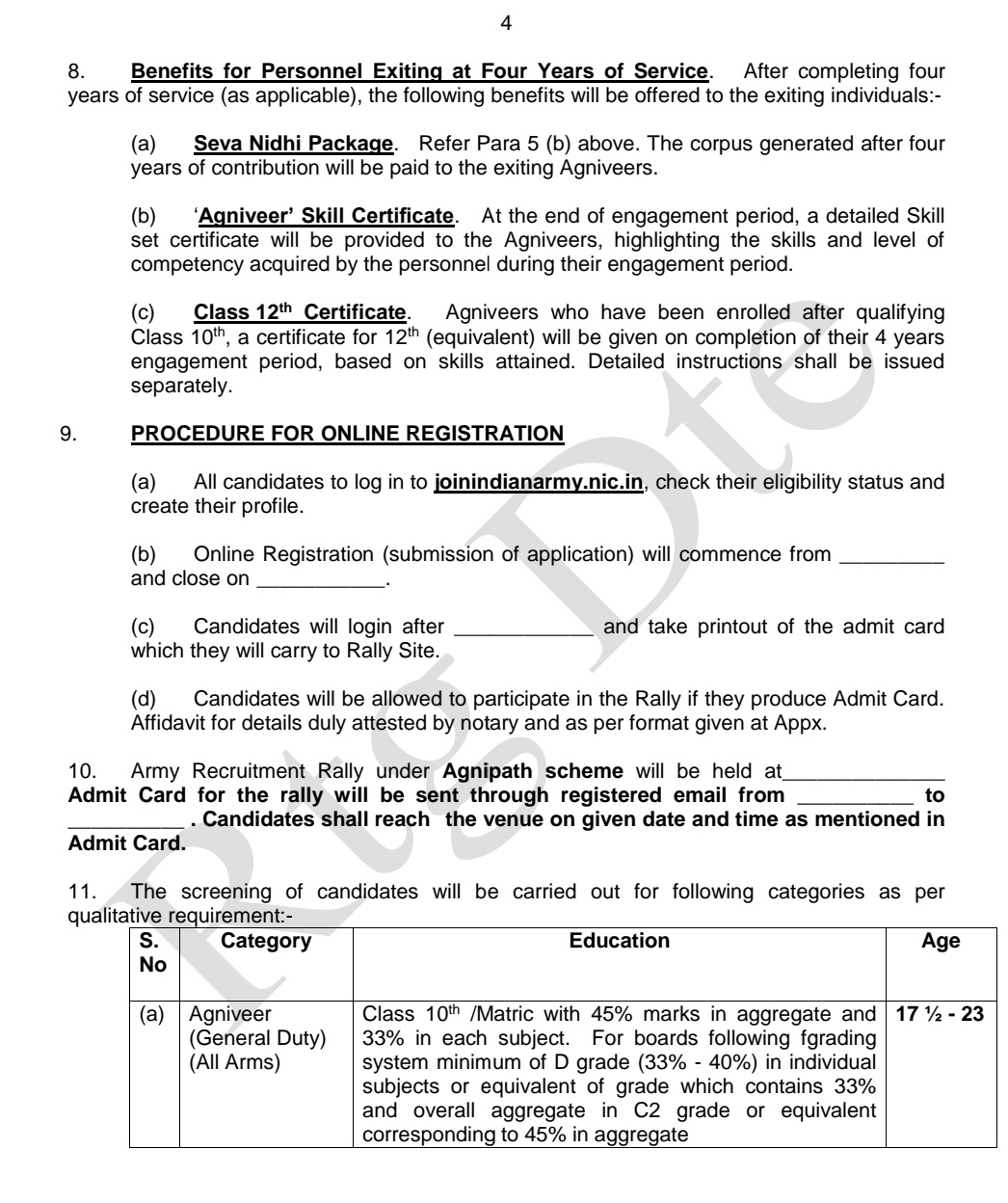 The senior military leadership on Sunday warned that those taking part in the protests, arson and vandalism will not be inducted into the forces.

The Union cabinet on June 14 approved the new recruitment scheme for Indian youth in the Armed Forces.