Samajwadi party president Akhilesh Yadav on Tuesday launched a scathing attack on Prime Minister Narendra Modi for his remark that 40 TMC MLAs are in touch with him and said that he should be banned not for 72 hours but 72 years.


Lucknow: Samajwadi party president Akhilesh Yadav on Tuesday launched a scathing attack on Prime Minister Narendra Modi for his remark that 40 TMC MLAs are in touch with him and said that he should be banned not for 72 hours but 72 years.

Taking to Twitter, Yadav wrote: “Vikas is asking: Did you hear the shameful speech of Pradhan ji? After losing the trust of 125 crore countrymen, he is now confined to posing unethical faith in so-called party-changing antics of 40 Bengal MLAs. This is not him but the mentality of black money speaking in this way. For this, he should be banned for not 72 hours but for 72 years.”

Also Read: Akhilesh Yadav: Yogi Adityanath will waste two days if I give him a laptop

Addressing an election rally at Serampore in West Bengal on Monday, Prime Minister Modi had claimed that 40 TMC MLAs were in touch with him and there is nothing that can save Chief Minister Mamata Banerjee. 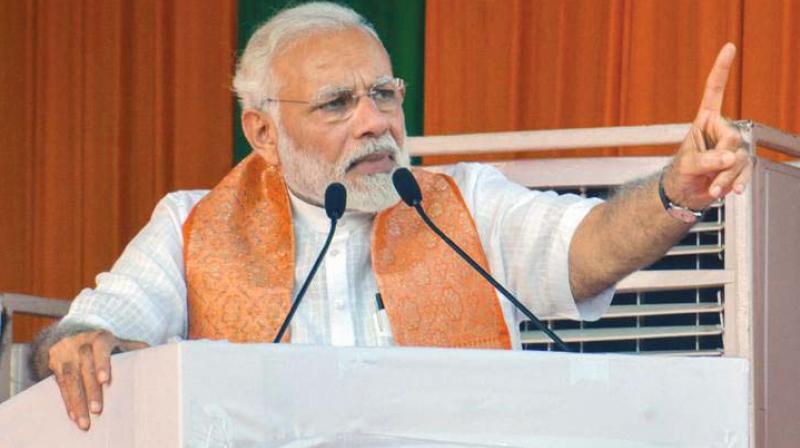 “Didi, on May 23, when the results will come, the lotus will bloom everywhere and your MLAs will leave you. Didi, your 40 MLAs are in contact with me even now,” he said at the public meeting.

However, TMC MP and spokesperson Derek O’Brien was quick to hit out at PM Modi in a tweet, where he wrote: “Expiry Babu PM, let’s get this straight. Nobody will go with you. Not even one councillor. Are you election campaigning or horse trading! Your expiry date is near. Today, we are complaining to the Election Commission. Charging you with horse trading.”

Four phases of Lok Sabha polls have already taken place in Uttar Pradesh, where 80 seats are at stake. The remaining three phases of polling are scheduled for May 6, 12 and 19. Varanasi will go to polls on May 19 along with 12 other Lok Sabha seats. The counting of votes will take place on May 23. (ANI)