Claiming that the countdown of the Yogi Adityanath government for its rule to end has commenced after it celebrated 30 months of its regime, Samajwadi Party president Akhilesh Yadav has slammed the BJP for trying to misuse the power to create fear among the people for its vested politics. 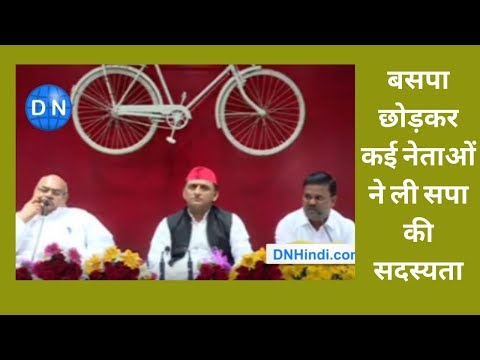 Lucknow: Claiming that the countdown of the Yogi Adityanath government for its rule to end has commenced after it celebrated 30 months of its regime on Thursday, Samajwadi Party president Akhilesh Yadav has slammed the BJP for trying to misuse the power to create fear among the people for its vested politics.

"Indians had wiped out divide and rule politics of the Britishers. But now a different politics of inducing fear psychosis to attack the people and the opposition leaders through CBI, ED and IT with latest being the NRC is being practiced ," he said.

Addressing a press conference here on Friday, Yadav said NRC is being used by the government just to create fear among the poor." In Assam over 70 lakh people have been excluded in the NRC, what will happen to them is a big question," he said.

However, the SP president said the situation in UP is deteriorating day-by-day and a rape accused leader was arrested only after politicians and the media raised the issue." I want that in the Shahjahanpur rape case, the victim gets justice," he added.

The leader also minced no words to slam the Rampur district authorities for registering fake FIRs against the party leader Mohammad Azam Khan.

"A delegation of the party senior leaders on Friday met chief minister Yogi Adityanath over the issue and submitted a memorandum. We have raised that what was the reason , that suddenly after the Lok Sabha polls, the district administration got active and lodged such a large number of cases," he said while adding that it seems that all the cases are lodged as Khan was running a University and to influence the coming assembly bypolls.

He again raised the issue of elections being held through ballot papers in the country as it is the only way for a transparent polling process.

The SP president reiterated his doubt on PM Narendra Modi's claim to take the country to 5 trillion dollar economy." When the entire economy is in rubbles , then how will it be achieved.

"Besides, every sector is going downwards but the entire government machinery is claiming that there is no slump, which is surprising," he said.

Yadav said his party and cadre will launch a peoples' struggle in the state to return to power in 2022.(UNI)

Akhilesh dares BJP to take back his security cover