'The Student of the Year 2' actor broke the news through her Instagram account as she shared a series of pictures featuring Vijay Deverakonda, director Puri Jagannadh, and producer Charmme Kaur.

CONFIRMED... #AnanyaPanday opposite #VijayDeverakonda... The film - not titled yet - will release in #Hindi and all South Indian languages... Produced by Puri Jagannadh, Charmme Kaur, Karan Johar and Apoorva Mehta. pic.twitter.com/dZIrJEK0K5

Sharing a few candid snaps from a script-reading session for their untitled project, the actor wrote, "Happy, blessed and excited to be associated for a Pan-India film with our director @purijagannadh Producers @karanjohar @charmmekaur @apoorva1972 @DharmaMovies @PuriConnects #PCfilm
Welcoming Mr. Deverakonda @TheDeverakonda to Bollywood #AnanyaPandayVijayDeverakond."

In the photos, the two actors seemed to be bonding well as they looked engrossed in going through their scripts. Both were seen in casual attires for the session. 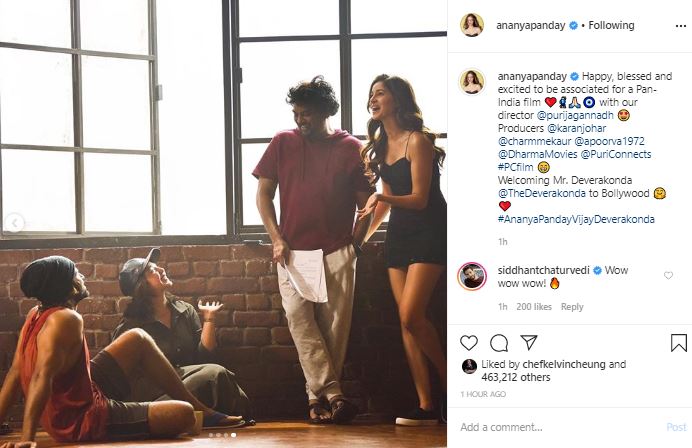 On Twitter, film critic and movie business analyst, Taran Adarsh, confirmed that the untitled project will release in Hindi and all South Indian languages. 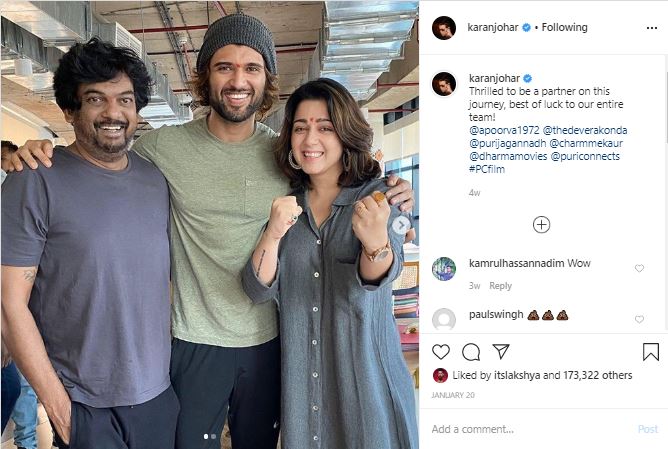 In January Karan Johar had announced the project through an Instagram post, that featured Deverakonda, Jagannadh, and Kaur. 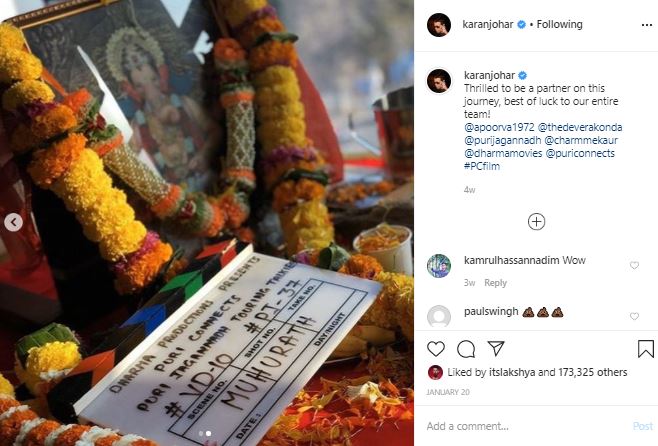 "Thrilled to be a partner on this journey, best of luck to our entire team! @apoorva1972 @thedeverakonda @purijagannadh @charmmekaur @dharmamovies @puriconnects #PCfilm," read the caption of the post. (ANI)

Koffee With Karan 7: Vijay Deverakonda, Ananya Panday to steam up in new episode