Sharing the first poster of the movie on his social media handle, Kher wrote, "To reinvent yourself as an actor is to challenge yourself. Looking forward to portraying #DrManmohanSingh in #TheAccidentalPrimeMinister.:)" 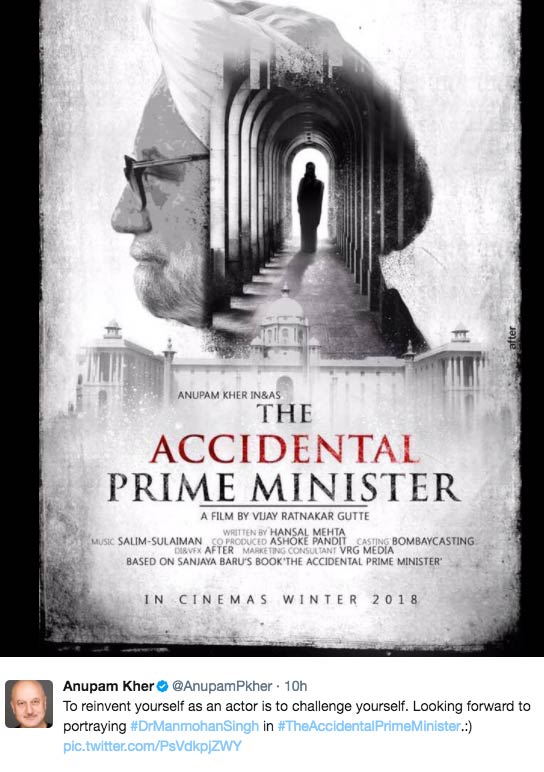 In the poster, the 62-year-old actor is seen sporting a turban, beard and glasses, striking an uncanny resemblance to the former prime minister.
The poster shows a side profile of Singh's face, partially concealed by Congress Party President Sonia Gandhi's shadow.

The movie is based on the book, ' The Accidental Prime Minister: The Making and Unmaking of Manmohan Singh,' a 2014 memoir written by Sanjaya Baru, Dr. Singh's former media adviser.

Helmed by Vijay Ratnakar Gutte and produced by Sunil Bohra, the movie is expected to release next year. (ANI)