John Abraham shares the first look of Parmanu on his social account. 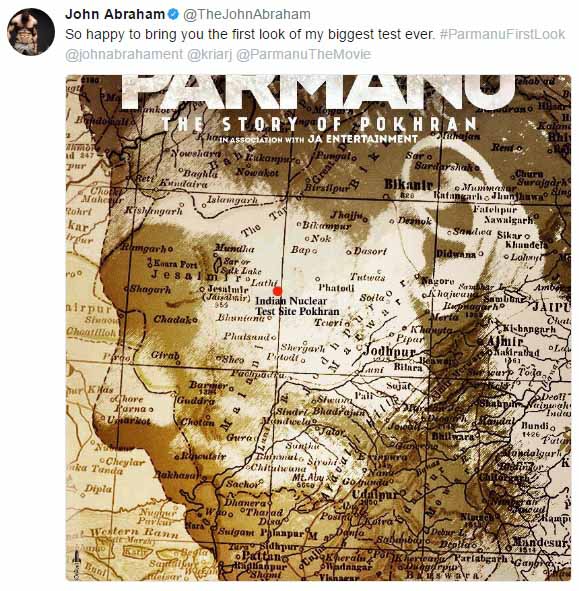 Also Raed: Had a crush on John and Hrithik, says Taapsee Pannu

In the poster, the map of Pokhran is shown with John's face hiding as a camouflage.

Abhishek Sharma's film is based on the nuclear test conducted at Pokhran in 1998, the film also stars Diana Penty in a vital role.

The movie is all set to hit the cinema on December 8.