New Delhi: With the start of the holy month of Ramzan, devout Muslims prepare to observe intense dawn to dusk fasts.

Preparations are in full bloom and grocery markets are overcrowded with women buying date-palms, dry fruits, vermicelli, sharbat and other food items consumed during Iftar, the after sunset feasts through which people break their fasting.

Razia Sultan, a devout Muslim woman says, "The preparations regarding the same began a fortnight ago. This is the month of prayer and Allah is very merciful. We are buying all sorts of things that are required to break the fast. Children are very excited about it." 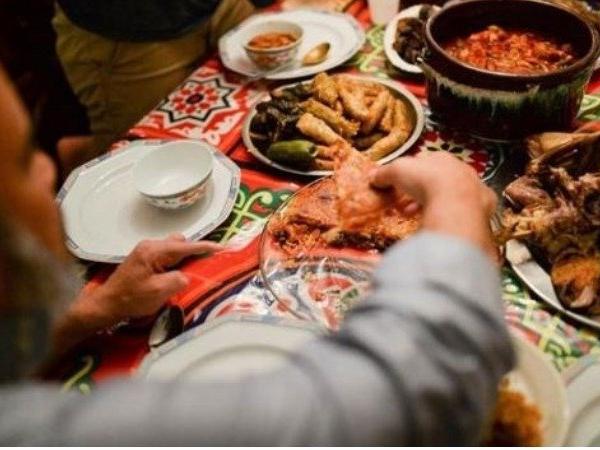 Yasmin, another Muslim woman who visits a grocery shop in her nearby locality in Surat says, "During Ramzan Allah is very merciful. The food lies in front of us but we do not eat it unless we hear Azan, such is the fear of Allah in our minds and heart."

"We have started procuring date and dry-fruits almost two months ahead of the Ramzan. The demand for these things and especially sharbat increases several-folds during the holy month and in order to cater to the requirement, we have to start our preparations much earlier. People usually avoid coming to the market in the afternoon due to soaring temperature and heat they come for shopping in the late afternoon," said a shop owner.

At Jama-Masjid in Delhi, young Faraz Khan said that he is observing fast since he was 12-year-old.

"I have been observing Roza since I was 12-year-old. This month is the month to pray to Allah and get the blessings. Allah is very merciful," said Faraz.

While Fahimuddin, who also is observing fast said: "During the entire month we have to observe fast and do our work also. Allah gives us the strength for that."

"Today is first Roza, for the entire month, we have to read holy Quran and observe fast. We also have to keep our-self away from any sort of sin," said another Muslim man. Similarly, in Mumbai, Aurangabad, Bhopal and rest of India Muslims are celebrating Ramzan with enthusiasm, devotion and zeal.

The crescent moon has been sighted in various parts of India, thus marking the beginning of the holy month of Ramzan.

Ramzan, is the ninth month of the Islamic calendar and observed by Muslims worldwide as a month of fasting to commemorate the first revelation of the Quran to Prophet Muhammad (PBUH), according to Islamic belief.

During this month, the devout observe rigorous fasting for about 30 days and do not consume food or water from dawn to dusk. They eat Sehri (a pre-dawn meal) and break their day-long fast with 'Iftar' in the evening.

Eid ul-Fitr marks the end of the fasting month of Ramzan. The festival is celebrated on the first day of Shawwal, the 10th month of the Islamic lunar calendar. (ANI)

PM Modi: Muslim community should save daughters from triple talaq