Assam floods: Over 95 families living in temporary shelters in Dibrugarh

Around 95 families are currently living in temporary shelters after the Rangmola and Miri villages in Assam's Dibrugarh were washed away by floodwaters.


Dibrugarh: Around 95 families are currently living in temporary shelters after the Rangmola and Miri villages in Assam's Dibrugarh were washed away by floodwaters.

"My village used to be around 3.5 kilometres away, now there is nothing left of it. Around 95 families used to live there. Over 120 houses were swallowed by Brahmaputra river. We are devastated, our homes were washed away by the flood. Government rations are sustaining us for now, but when that stops, we will not have anything left. Our current relief camp is also close to the river, we don't know how long this will stay. It may also get washed away," Amal Das, a resident of the now-submerged Miligaon village said.

According to Chittaranjan Namosudra, another victim of the floods said Miragaon, Rangmola and Dagaon villages have been completely washed away by floodwaters. 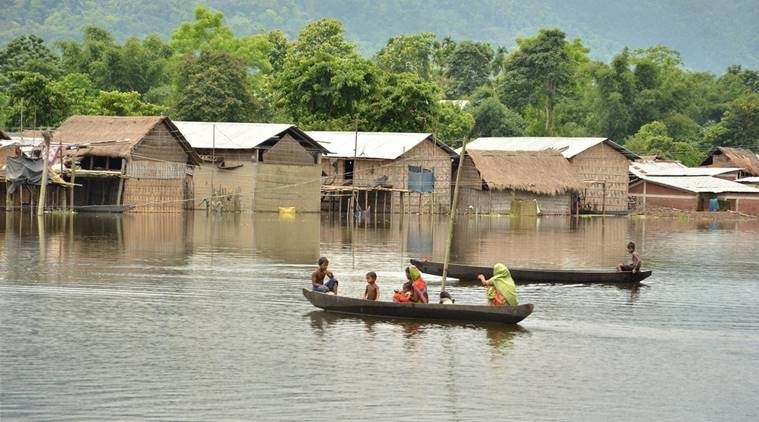 "There is nothing left of our village. Our land, our belongings, our houses, everything has been taken away by the river. My family hasn't had peace in so many days. We can't keep wandering around in the jungles like animals. Even the relief camp we are taking shelter in right now is surrounded by water on two sides. It won't be long before this place is also taken up by the river. We don't know where else to go," Namosudra told ANI.

The floods in Assam have affected 26 districts and claimed 89 lives till July 22, said the Assam State Disaster Management Authority (ASDMA).

According to the flood report by the ASDMA on Wednesday, Barpeta, Dibrugarh, Kokrajhar, Bongaigaon, Tinsukia, among other districts have been severely affected by the floods in the state affecting 2,631,343 people.

On Wednesday, the Centre announced that it will release Rs 346 crore, in the first phase, under the Flood Management Program (FMP) scheme to Assam and will also hold talks with Bhutan to solve the recurring flood problem in the lower parts of the state. (ANI)

Weather Highlight: Thunderstorm, rain likely in parts of UP, Haryana in next 2 hours, says IMD

Heavy rains in Kerala claim 42 lives, over one lakh in relief camps