Australia's brand new $50 note has a hidden blunder, an unfortunate typo, where the word "responsibility" has been misspelt for a whopping 46 million times!

Canberra: In a major embarrassment for authorities, Australia's brand new $50 note has a hidden blunder, an unfortunate typo, where the word "responsibility" has been misspelt for a whopping 46 million times!

The A$50 note, which has anti-counterfeiting features, was printed by the Reserve Bank of Australia (RBA) and entered into general circulation last year. The central bank has spelled "responsibility" as "responsibilty" on millions of the new yellow notes. 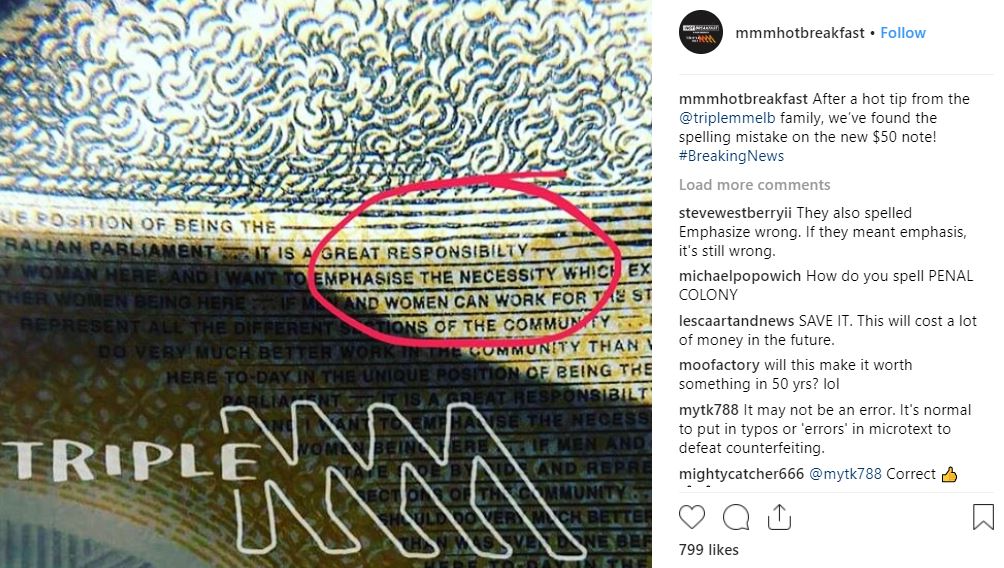 Confirming the typo, RBA said that the error would be rectified in the next print run later this year, CNN reported.

Also Read: Federal election in Australia to be held on May 18

Around 400 million notes of $50 were printed and 46 million of them are in circulation. The total value of the notes in circulation is around $2.3 billion.

The mistake was spotted by a person who posted a photograph of the $50 note on social media, encircling the "responsibilty" word. (ANI)