Some of the other global artists to feature in this list are music sensations Selena Gomez and The Weekend, the visionary director of Parasite, Bong Joon Ho, Phoebe Waller-Bridge of Fleabag fame and Michaela Coel, the British actor who became a rage across the world for the visionary show 'I may Destroy You'.

Ayushmann is among the only three global actors featured in the TIME list of influential people. Five Indians have been featured in this list, including Ayushmann. The others are Indian Prime Minister Narendra Modi, Sundar Pichai CEO of Google and London-based Indian origin doctor Ravindra Gupta, who found a cure for AIDS and Bilkis - Dadi of Shaheen Bagh. Ayushmann is the youngest Indian to be featured in this year's TIME Magazine. 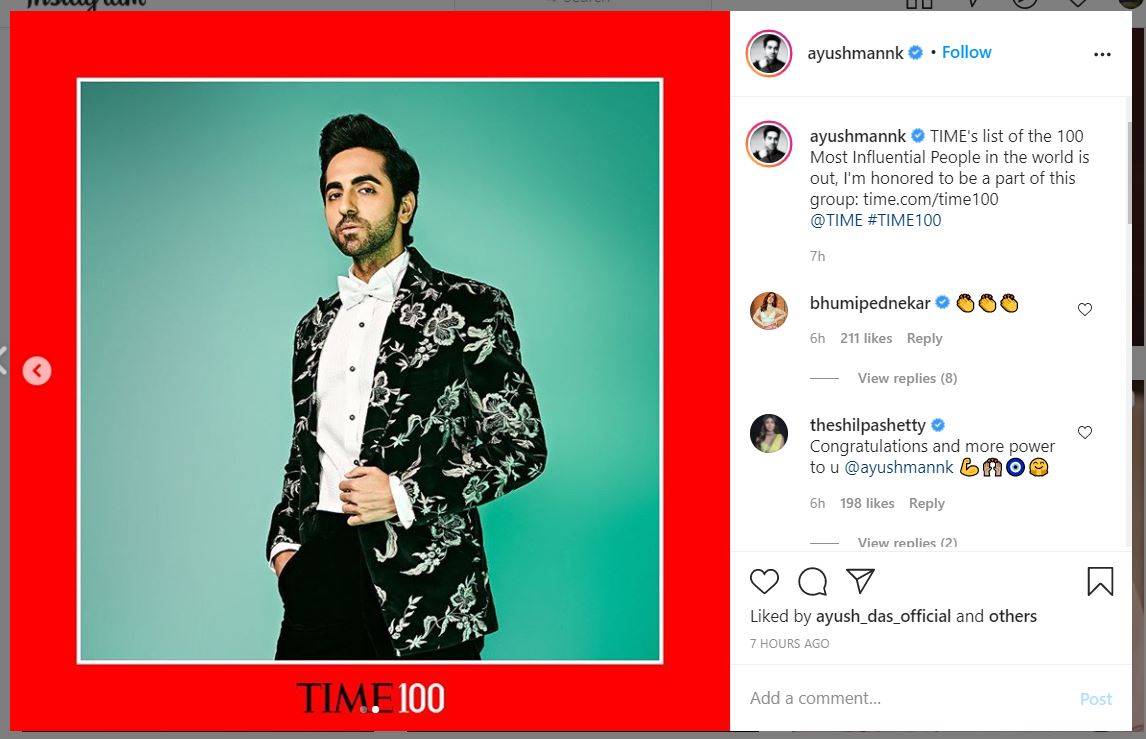 On achieving the landmark Ayushmann said, "I'm truly humbled with the recognition that TIME has bestowed on me. As an artist, I have only looked to contribute towards bringing a positive change in society through cinema and this moment is a huge validation of my belief system and my journey."

" I have always believed that cinema has the power to bring about change by triggering the right conversations among people and society. Hopefully, through my content choices, I have been able to contribute towards my country and countrymen."

Ayushmann made his debut as a sperm donor in 'Vicky Donor' and went on to depict a blind man in 'Andhadhun', a man suffering from erectile dysfunction in 'Shubh Mangal Saavdhan', a gay man in Shubh 'Mangal Zyada Saavdhan' and a bald man in 'Bala'. The actor has proved his acting mettle with commendable performances in 'Dum Laga Ke Haisha', 'Bareilly Ki Barfi', 'Article 15' and 'Dream Girl'. (ANI)