Amitabh Bachchan and Taapsee Pannu are back! The duo, who had earlier starred in the 2016 critically acclaimed film ‘Pink’, have reunited for yet another thriller ‘Badla’.

New Delhi: Amitabh Bachchan and Taapsee Pannu are back! The duo, who had earlier starred in the 2016 critically acclaimed film ‘Pink’, have reunited for yet another thriller ‘Badla’.

Big B took to his Twitter handle to share the gripping trailer of the film. He wrote, “Sach nazar ke saamne hai, par nazar jhooth par hai . Watch the twisted truth trapped in a web of lies in the #BadlaTrailer.”

The trailer takes the audience on a revenge thriller saga with mysterious elements that keep viewers hooked throughout. 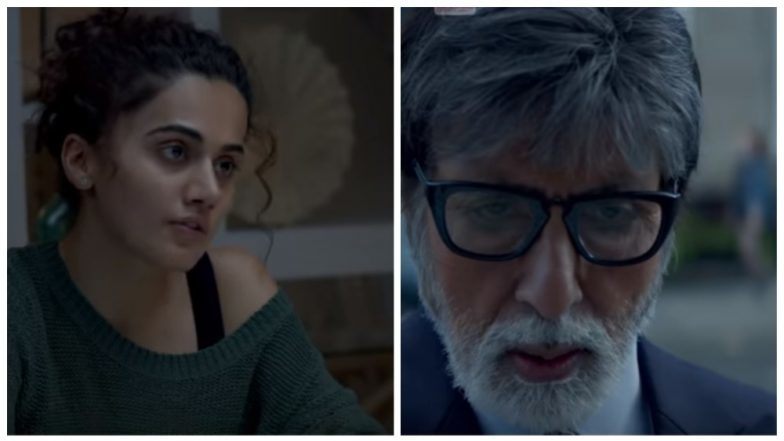 The trailer revolves around a murder mystery, where Taapsee becomes the primary suspect and Amitabh’s charater Badal Gupta has to defend and save her by solving the mystery.

The intriguing two minutes 21 seconds trailer shows Taapsee’s character in a locked room with a dead body, a lot of money and her hands covered in blood.

What remains to be seen is whether Amitabh’s character will be able to solve the mystery.

Reportedly, the Sujoy Gosh directorial is a remake of 2016 Spanish film ‘The Invisible Guest’, which was directed by Oriol Paulo. 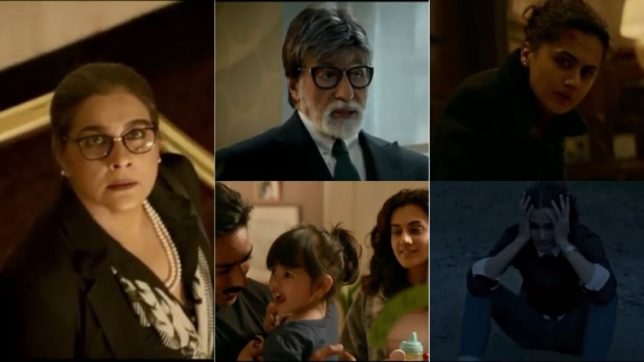 The upcoming film marks the fourth collaboration of Amitabh with Sujoy, after ‘Aladin’, ‘TE3N’ and ‘Kahaani’, which had seen Amitabh Bachchan singing Rabindranath Tagore’s Ekla Chalo Re.

The first look posters of the film were released yesterday by Shah Rukh Khan, Amitabh and Taapsee on their social media handles and show Big B and Taapsee sporting intense looks.

The murder mystery has been widely shot in Scotland. It also stars Manav Kaul and Amrita Singh in pivotal roles. The film is produced by Shah Rukh Khan under his banner Red Chillies Entertainment along with Azure Entertainment.

The movie is set to hit theatres on March 8 and will clash with Brie Larson's 'Captain Marvel'. (ANI)