Survivors of Hurricane Dorian in the Bahamas thronged rescue helicopters on Wednesday and the United Nations said 70,000 people needed immediate humanitarian relief after one of the most powerful Caribbean storms on record devastated the island group.

Nassau: Survivors of Hurricane Dorian in the Bahamas thronged rescue helicopters on Wednesday and the United Nations said 70,000 people needed immediate humanitarian relief after one of the most powerful Caribbean storms on record devastated the island group.

The most damaging storm to strike the island nation, Dorian killed 20 people when it hit as a highest-level Category 5 storm, Bahamas Prime Minister Hubert Minnis said. 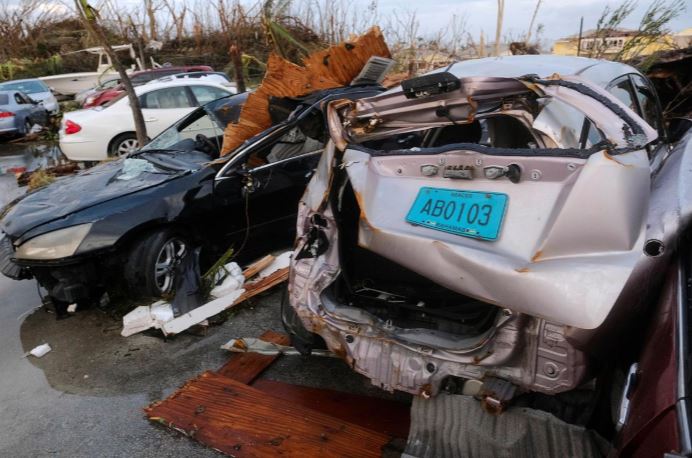 “We expect that this number will increase,” Minnis told a news conference as the scope of the destruction and humanitarian crisis was still coming into focus.Aerial video of the worst-hit Abaco Islands in the northern Bahamas showed widespread devastation, with the harbor, shops and workplaces, a hospital, and airport landing strips damaged or blown to pieces, all of which is frustrating rescue efforts.

Mark Lowcock, United Nations under secretary-general for humanitarian affairs, said in a conference call from the Bahamas that around 70,000 people needed food, shelter and medical assistance. 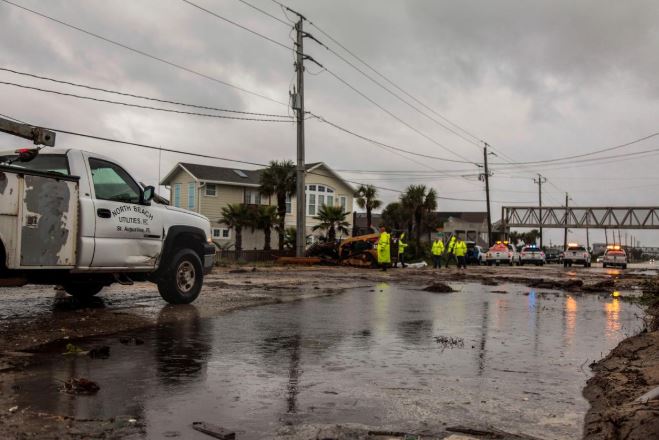 “There is concern that some whole communities’ locations have been destroyed or are underwater or washed away,” he said. “One of the uncertainties is where the people who were living there are now and how to reach them.”

In the United States, South Carolina was preparing for a record storm surge, potentially reaching a height of 8 feet (2 meters) at the popular vacation destination of Myrtle Beach, the U.S. National Hurricane Center (NHC) said in an advisory.South Carolina is also likely to suffer major flooding with the potential for over a foot of rain in places when Dorian hits the coast on Thursday or Friday, the center said. 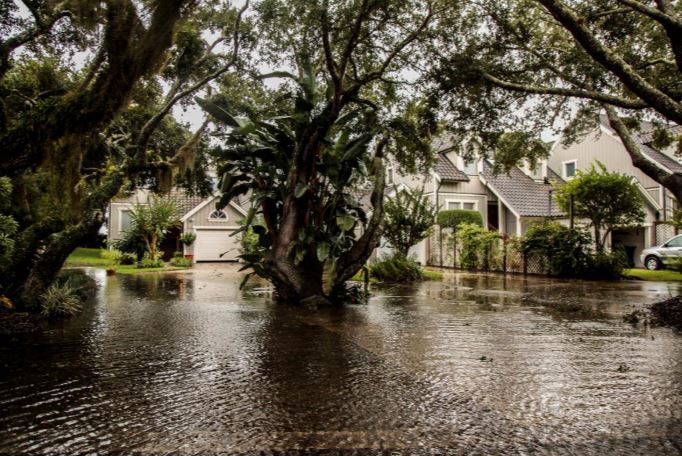 ‘HELPLESS’
Dozens of people in the Bahamas, with a population of about 400,000, took to Facebook seeking information about missing loved ones. One aid worker described an apocalyptic level of destruction on Great Abaco Island.

“There is no coordination, no communication, and things are going to get worse if that continues,” said medic Tricia Wesolek, 46.LaQuez Williams, pastor at Jubilee Cathedral in Grand Bahama, who opened the church as a shelter for about 150 people, said he saw people on their rooftops seeking refuge. 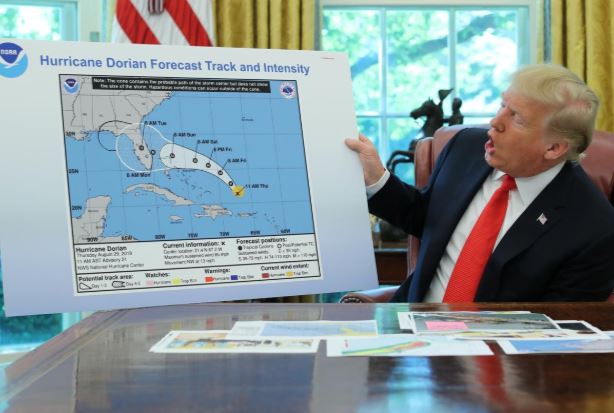 “They were calling for help, but you could not go out to reach,” Williams said. “It was very difficult because you felt helpless.”

A Reuters photographer surveying the damage on Grand Bahama island said many hangers at Freeport airport and several aircraft appeared to be severely damaged.Dorian killed one person in Puerto Rico before hovering over the Bahamas for two days with torrential rains and fierce winds that whipped up 12-18 foot (3.7- to 5.5-meter) storm surges in places. 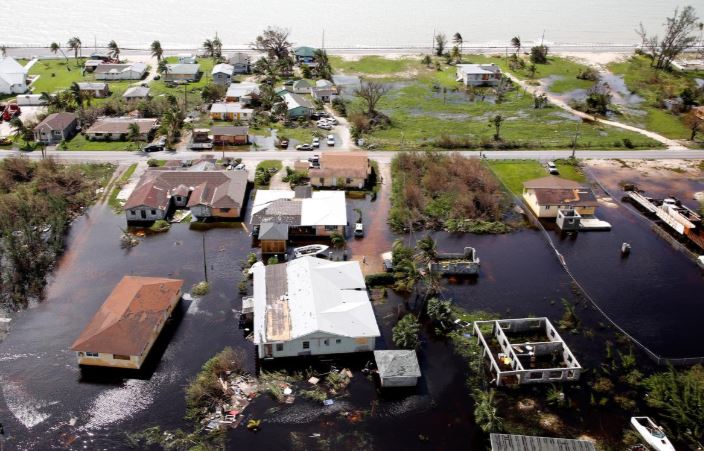 At 11 p.m. EST on Wednesday, Dorian was about 105 miles (170 km) south of Charleston, South Carolina, the NHC said.It had strengthened to regain its status as a Category 3 storm late on Wednesday, after passing over warm waters which are a key ingredient in hurricane intensity, the NHC said. 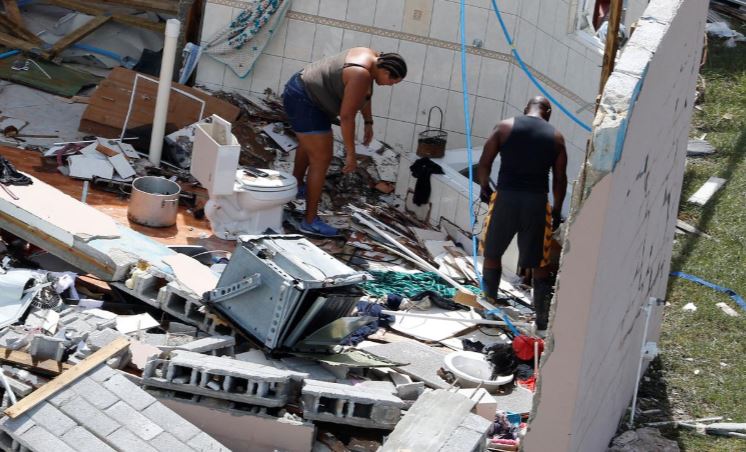 BAHAMAS BATTERED
With many telephones down on Abaco and Grand Bahama islands, residents posted lists of missing loved ones on social media sites.

A single Facebook post by media outlet Our News Bahamas seeking the names of missing people had 2,000 comments listing lost family members since it went live on Tuesday, although some of the comments were also about loved ones being found. An international relief effort was under way, with a British Royal Navy vessel providing assistance and Jamaica sending a 150-member military contingent to help secure Abaco and Grand Bahama, officials said.Volunteers also ferried supplies to the islands in a flotilla of small boats. 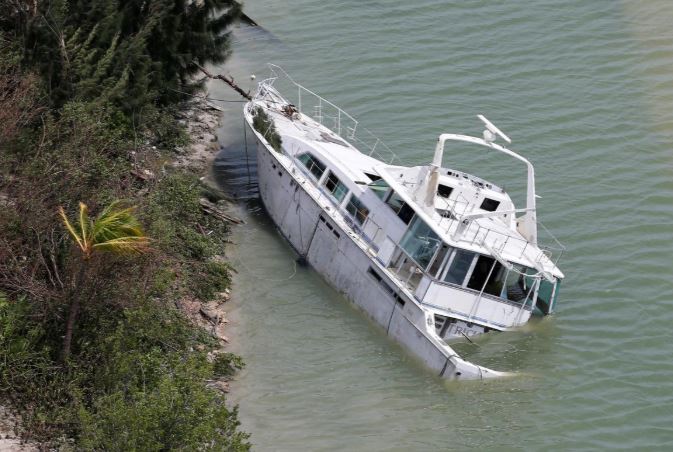 “Let us give of our best in this moment of historic tragedy,” Minnis said.

He also encouraged international tourists to visit the Bahamas, which relies heavily on its hospitality industry.As many as 13,000 homes in the Bahamas may have been destroyed or severely damaged, the International Federation of Red Cross and Red Crescent Societies said.The State Department said it did not believe any U.S. citizens who were in the Bahamas, a popular tourist destination, during the storm were killed. 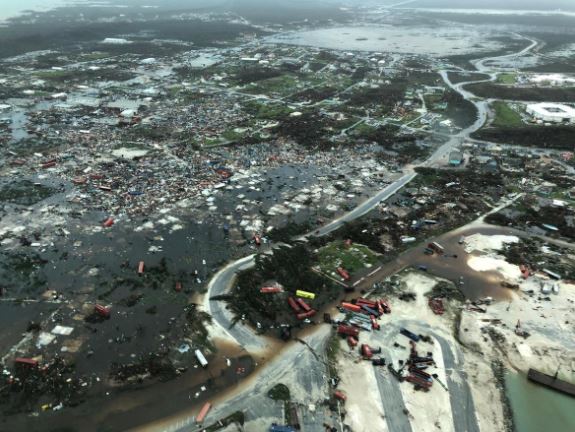 President Donald Trump said the United States was sending supplies to the islands, including materials that had been originally intended for any Dorian victims in Florida. (Reuters)

US President Trump: I declined Time's 'Person of the Year'