With nine more deaths reported from Muzaffarpur due to Acute Encephalitis Syndrome (AES), the death toll in the district mounted to 93 on Sunday afternoon, including one death during Union Health Minister Dr Harsh Vardhan's visit at the Sri Krishna Medical College and Hospital (SKMCH) here.

Muzaffarpur: With four more deaths reported from Muzaffarpur due to Acute Encephalitis Syndrome (AES), the death toll in the district mounted to 84 on Sunday afternoon, including one death during Union Health Minister Dr Harsh Vardhan's visit at the Sri Krishna Medical College and Hospital (SKMCH) here.

"My 5-year-old daughter, Nisha, died due to Encephalitis fever. She was admitted to the hospital on Saturday," the mother of the deceased told reporters here. Harsh Vardhan accompanied by Mos Health Ashwini Choubey met the patients and their families at the hospital. He reviewed public health measures for containment and management of AES.

Earlier, attendants of patients admitted to the government hospital SKMCH alleged that there were no doctors on call during the night. 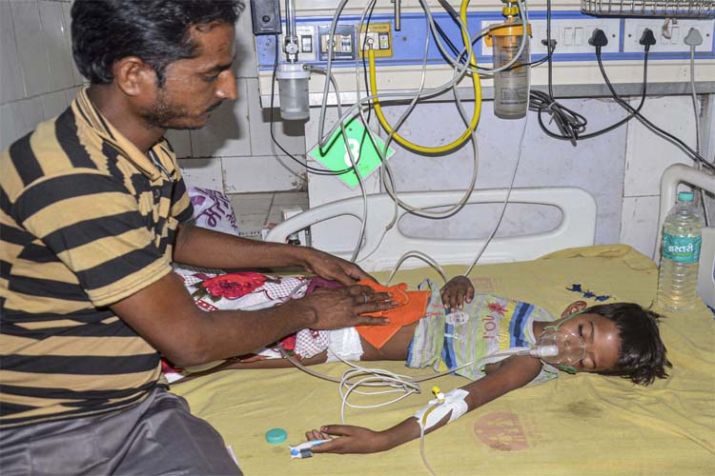 "My daughter is in the ICU room of SKMCH. The death toll is increasing day by day. There were no doctors after 12 in the night and only nurses are here. There are four bodies inside ICU," Mohammad Aftab said.

Another attendant, Sunil Ram said, "My four-year-old daughter was admitted to hospital on Saturday. She was declared dead today. There is no facility in SKMCH."

In the wake of the fatalities, Bihar Chief Minister Nitish Kumar announced an ex gratia of Rs 4 lakh each to families of the children who died due to AES in Muzaffarpur. He also gave directions to the health department, district administration and doctors to take necessary measures to fight the disease. Earlier, Bihar Health Minister Mangal Pandey said the state government is doing its best to save the children.

"We are trying everything and anything that can save children's lives. Everything is being made available from medicines to doctors. We have even called doctors and nurses from AIIMS in Patna," he said.

"There is a protocol regarding what kind of medicines and facilities should be given and we are doing the same. We are monitoring things regularly and trying to save our children," Pandey said. 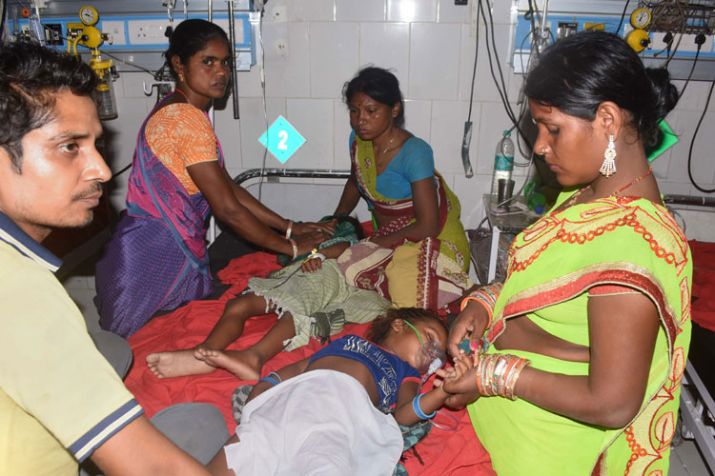 Recalling the situation that prevailed five years ago, Pandey said a team that was formed to ascertain the cause of this disease concluded that sleeping empty stomach at night, dehydration due to humidity and eating lychee on empty stomach were some of the causes of Encephalitis.

"Our government has tried to spread awareness which will be beneficial as well. Advertisement in newspapers, radio jingles, pamphlets and mic announcements are going to spread awareness regarding the disease. Health ministry is also working on it," he said.

Encephalitis is a viral disease, which causes mild flu-like symptoms such as high fever, convulsions and headaches and has been claiming lives in the district for the past few weeks.