Additional Secretary Disaster Management Department of Bihar Anirudh Kumar said that 56 people have lost their lives in the state due to floods.

Patna: Additional Secretary Disaster Management Department of Bihar Anirudh Kumar on Tuesday said that 56 people have lost their lives in the state due to floods.

He said that 20 died in Araria, eight in Kishanganj, three in East Champaran, nine in West Champaran, three in Darbhanga, three in Madhubani, five in Sitamarhi, four in Madhepura and one Sheohar. 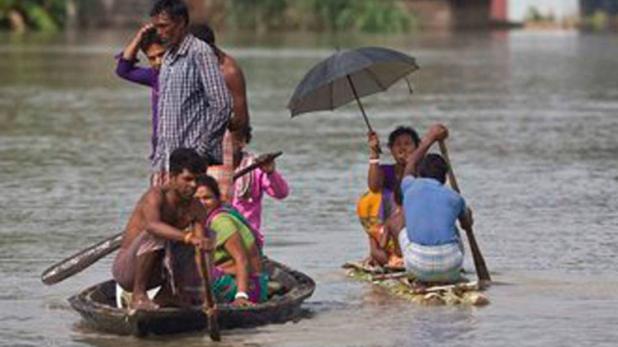 Bihar Chief Minister Nitish Kumar yesterday took stock of flood affected areas in the state and assured that the relief and food camps were being conducted in the area for those in need.

"The relief and food camps were conducted in the area. I have also called a meeting now so that I can order them what is to be done next. Tomorrow, we will send chief secretary of Disaster Management, road construction department, Rural Works Department and all DMs to assess situation. The rescue and relief operation have been going on. We had asked for IAF helicopter to distribute food packets," he said.

Three columns of Army were deployed in flood-hit Katihar district for the relief and rescue operation.

The central help came after Nitish sought help of the Army and Air Force as the flood situation worsened in the state.

Supaul, Saharsa, Bagha, Gopalganj, Madhubani, Sitamarhi, Khagaria, Darbhanga and Madhepura districts are the other districts which have been affected by floods.

Lakhs of people have been affected in these districts. (ANI)

Water levels have reduced, but impact is still there: Bihar CM on floods